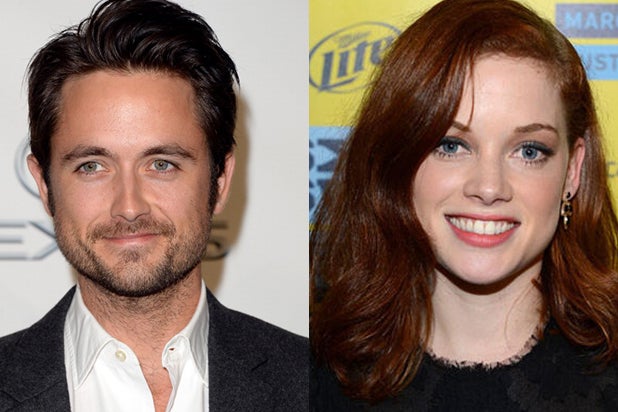 “Bang Bang Baby” is a 1960s musical about Stepphy (Levy), who lives in the sleepy town of Lonely Arms with her alcoholic father, played by Stormare. Stepphy’s dream of escaping to a better life on the stage and screen seems to be coming true when rock star Bobby Shore’s (Chatwin) car breaks down in Lonely Arms. When the town creep tells Stepphy that the local chemical factory is leaking dangerous purple fumes that can cause human mutations, she becomes obsessed with hiding the dark secret from Bobby.

“Bang Bang Baby” is a Scythia Films/JoBro Production with the participation of Telefilm Canada and The Harold Greenberg Fund.

Also read: Justin Chatwin Out as ‘Shameless’ Regular, May Do Guest Stints

“This movie is poppy and shiny on the outside and on the inside it’s a pretty gritty psychological portrait of a young woman who lives too much inside her own dreams,” said Bekerman. “Jane Levy and Justin Chatwin‘s charisma and iconic quality make them fun to watch and they’re also capable of conveying a lot of depth. Peter Stormare is so exciting as George, because he can use humor to communicate the pathos of a character like nobody else can. They all tuned into Jeffrey’s vision really fast which makes us feel like we’re on the right track.”

St. Jules is an award-winning filmmaker whose work has screened at Sundance and the Toronto International Film Festival. He developed “Bang Bang Baby” in the Cannes Film Festival’s Cinéfondation residency program.