Janice Min became co-owner and CEO of Ankler Media Tuesday, partnering with Richard Rushfield, whose The Ankler is among the most popular Substack newsletters. The Ankler will become the flagship title in a network of subscription newsletters, podcasts and events that focus on business, tech and the entertainment industry. Min will also become editor in chief of all Ankler Media newsletters, Rushfield will be editorial director and Tatiana Siegel will join from The Hollywood Reporter as the company’s first hire. The new slate is launching in January 2022.

In a Tuesday statement, Min said, “I was an Ankler addict first–and then became dazzled by its list of subscribers, a real who’s who of power in entertainment. The Ankler is authentic, smart, and unafraid to say what is actually on people’s minds. Richard has nailed that sweet spot between insight and levity. We intend to use that DNA to deliver information that meets the needs of a new entertainment economy whose reach extends far beyond traditional Hollywood.” 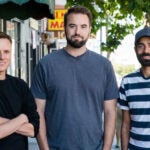 The flagship newsletter will be a primarily subscription business, though there will be additional support from FYC campaigns and event sponsorships. Amazon Studios is the launch partner of Ankler Media’s newsletters and podcasts.

Min, a Los Angeles-based media executive, served as editor in chief of Us Weekly and lead the revamp efforts at THR and Billboard. Rushfield is a columnist whose work regularly appears in Vanity Fair, among other outlets.

“Ever since it debuted on Substack, The Ankler has been a must-read industry publication, drawing loyal subscribers and generating attention across Hollywood,” said Substack co-founder Hamish McKenzie. “We’re excited to see how Janice and Richard expand their media empire on Substack.”