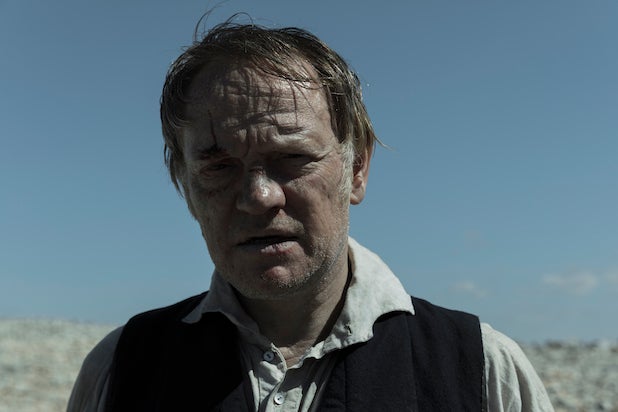 Jared Harris has joined the cast Sony’s “Morbius,” which will star Jared Leto as the titular Marvel comic book villain turned antihero, an individual with knowledge of the project tells TheWrap.

Harris’ role is being kept under wraps.

“Morbius” is one of several projects being developed by Sony based on characters from the “Spider-Man” comics. The franchise paid dividends for the studio in 2018 with “Venom,” which grossed $855 million worldwide, and “Spider-Man: Into the Spider-Verse,” which grossed $327 million and earned a Best Animated Feature Oscar last week. Both films have sequels in the works.

Daniel Espinosa will direct the film from a script by Matt Sazama and Burk Sharpless. Avi Arad, Matt Tolmach and Lucas Foster are producing with Palak Patel overseeing for the studio.

He must digest blood to survive and has a strong aversion to light, like most vampires. But he also has the ability to fly, and superhuman strength, speed and healing abilities. His bite tends to be lethal, but his victims do not necessarily become vampires themselves.

Harris, best known for his roles on AMC’s “Mad Men” and Netflix’s “The Crown,” is repped by ICM, Gateway Management and Independent.