Oscar winner Jared Leto will star in and Daniel Espinosa will direct “Morbius,” based on the Marvel comic, an individual with knowledge of the project told TheWrap on Wednesday.

Avi Arad and Matt Tolmach will produce with Lucas Foster. Palak Patel will oversee for the studio.

Oh, and Spider-Man had six arms at the time. It was temporary. 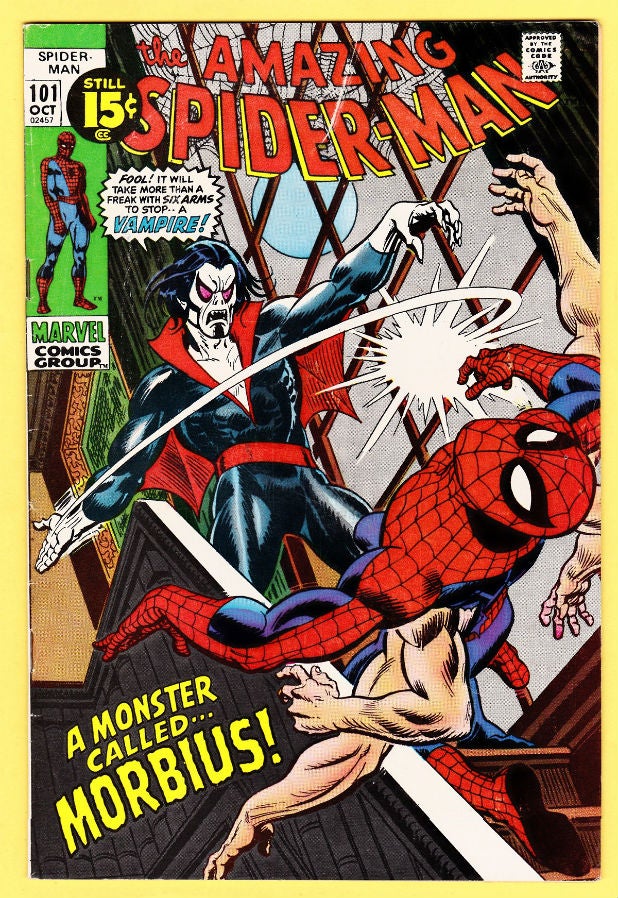 He must digest blood to survive and has a strong aversion to light, like most vampires. But he also has the ability to fly, and superhuman strength, speed and healing abilities. His bite tends to be lethal, but his victims do not necessarily become vampires themselves.

Sazama and Sharpless’ recent credits include “Gods of Egypt,” “The Last Witch Hunter” and “Dracula Untold.”

Sazama and Sharpless are represented by ICM Partners and the SMGS law firm.

Espinosa is repped by WME, Magnolia Entertainment and Warren Dern.

How does the animated ”Spider-Verse“ stack up in comparison with all those live-action mega-budget movies?