“Suicide Squad” star Jared Leto has secretly been hanging with an off-screen crew who have a death wish — literally.

Thousands of feet in the air above Yosemite, California, the Oscar winning actor who stars as “The Joker” in the upcoming blockbuster, quietly added a new skill to his status last summer: Death-defying rock climber.

While taking a break between acting gigs, Leto scratched a lifelong personal itch by befriending a handful of the world’s most elite rock climbers to explore the peaks in four of America’s famous national parks, capturing the stunning scenery from above as the director and producer of the digital documentary short series, “Great Wide Open.” 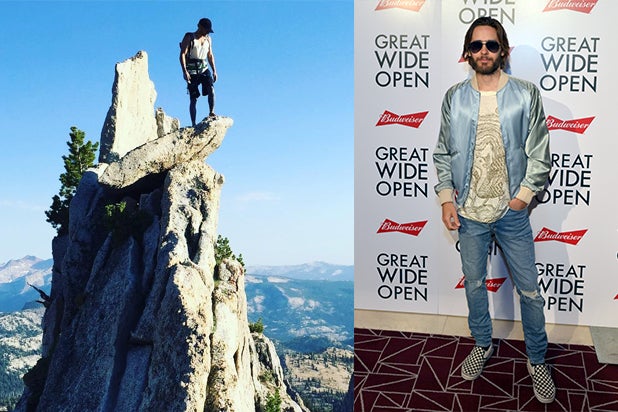 Leto on a peak, left, and at the film’s premiere at the London Hotel in West Hollywood, right (Charley Gallay for Great Wide Open/Budweiser)

“There are very few things I’ve found in my life that compel me in the moment like being in the great wide open … being outdoors,” Leto told an intimate crowd of 75 guests at the London Hotel in West Hollywood Tuesday night. 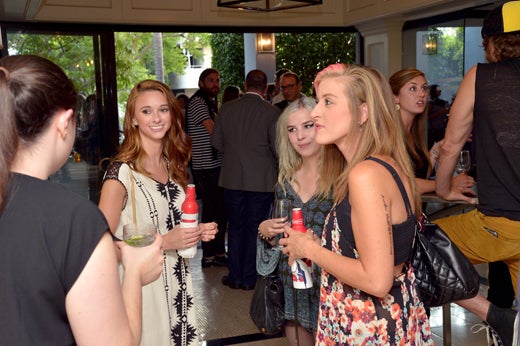 “Being in the wild. When you’re on a rock face like [Yosemite], you’re not thinking about your f—ing emails,” he bluntly explained.

Leto went on to dish on the off-the-grid, off-the-Internet project, which had previously only been hinted at cryptically in his Snapchat and social media selfie snippets.

“This was very DIY. We didn’t go to the fanciest edit house in town or hire ‘up’ and try to trick and fool everybody. This is something we made with our blood, sweat and tears,” he said.

For this passion project, Leto did have the backing of Budweiser as a production partner, who in addition to providing the burgers and beers for the screening, is actually an organic fit as official partner of the U.S. National Parks, both synonymous with outdoor summer adventures. 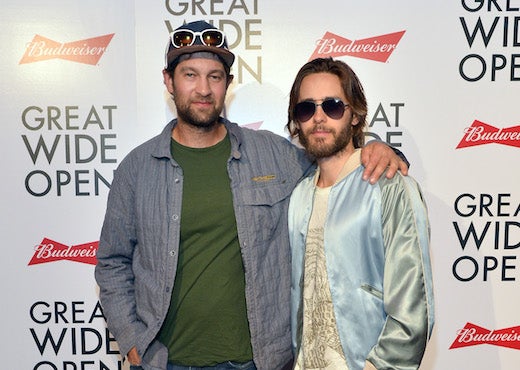 “I made a commitment to myself about a year-and-a-half ago that I would get more involved with [organized rock climbing],” Leto went on to say. “I always pined for it from afar. I think I’ve always been a climber inside, I’ve just never been technical about it, never knew how to do a lot of the things these guys do.”

The rockstar side of Thirty Seconds to Mars frontman following the screening of a pair of 11-minute episodes, as Leto worked the crowd — complimenting one questioner’s British accent (“You just sound smarter by talking”), needling friends ducking out to the bathroom, and amicably poking at the crowd’s gaps in documentary film knowledge.

He also asked for the lights to be kept “sexy” dim after the screening, which may have been intentional to keep all cellphones holstered. It worked.

“It’s never too late,” Leto said of his recent meteoric rise to the top echelons of big wall climbing, which included learning life-saving skills for the first time at 3,000 feet in the air. “Take it from an old man. I’m 44 years old — yes, you can gasp. Shuffleboard is next. Bingo is coming up. Maybe a little game of golf.”

Not quite ready for a Riviera tee time, Leto had a precise retort to a question on local Los Angeles climbing opportunities.

“You can climb the social ladder of Hollywood. It’s a long and arduous crawl, filled with the dead bodies of those who came before you,” he quipped.