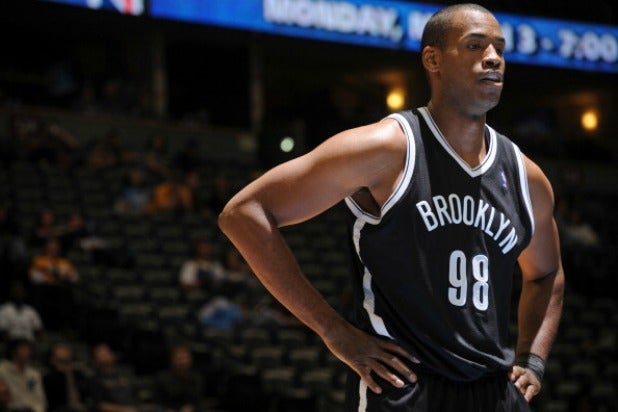 Jason Collins says he was taunted by one “knucklehead” opposing player after coming out as the NBA’s first openly gay player.

The Brooklyn Nets player says that in his first month with the team, he encountered one player who made ignorant comments. In an interview with the Daily News, he declined to say who the player was or repeat what he said.

“One player, one knucklehead from another team,” Collins said. “He’s a knucklehead. So I just let it go. Again, that goes back to controlling what you can control. That’s how I conduct myself just being professional.”

He said he didn’t want to give the person attention, so just ignored them.

Collin’s coming out made him such an instant icon that his jersey number, 98, quickly became the bestselling for the team.

He told the Daily News his experience has been positive overall, and that expect for the one player, he hasn’t encountered any negativity on the court or in the locker room.

The newspaper spoke to Collins as his team prepares a trip through several Bible Belt towns, including Dallas, New Orleans and Charlotte. But he said he’s expecting the best.

“You can’t control what other people are going to do,” he said, noting that his mother’s family is from Louisiana and that he’s looking forward to the trip.