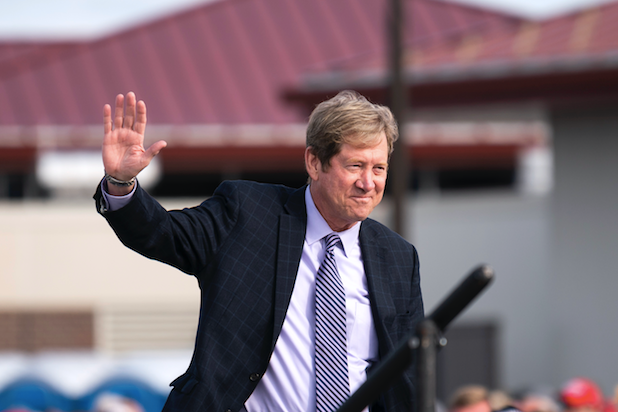 The statement from campaign manager Tom Szymanski came in a message from the former congressional representative’s Twitter account.

The statement went on, “Prior to being taken to the operating room, Jason was in good spirits, optimistic, and true to form, he was speculating about when he could resume campaigning, eager to continue fighting for his fellow Minnesotans.”

The statement indicated the campaign will release more information once it becomes available.

Lewis is running for the seat currently occupied by Sen. Tina Smith, who filled the role that Sen. Al Franken vacated when he resigned amid a firestorm over accusations of inappropriate behavior.

Well-wishes poured in on Twitter late Monday morning. Notably, the statement earned praise for its speed and detail.

“This quick, transparent release of a candidate’s health information should be applauded and replicated by all politicians running up & down ballot when something happens,” tweeted Washington Post congressional reporter Paul Kane. “Voters in Minnesota thank you & wish a speedy recovery.”

The election takes place in 8 days.