Apple TV+ has given a straight-to-series order for “Chief of War,” from Jason Momoa.

The “Aquaman” and “Dune” actor will write, star and executive produce the “epic and unprecedented” eight-episode series, which tells the story of the colonization of Hawaii from an indigenous point of view.

Momoa was born in Honolulu, Hawaii, and is of Native Hawaiian ancestry.

His previous TV credits include “Game of Thrones,” “Stargate: Atlantis” and “The Red Road.” He currently stars in Apple TV+’s sci-fi series “See.” 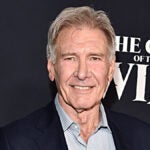 “Chief of War” is created and executive produced by Jason Momoa and Thomas Pa’a Sibbett and produced by Endeavor Content and Chernin Entertainment. The limited series is alsoexecutive produced by Francis Lawrence, Peter Chernin, Jenno Topping, Erik Holmberg, and Doug Jung and who also serves as showrunner. Justin Chon (“Blue Bayou”) is in negotiations to direct the first two episodes.