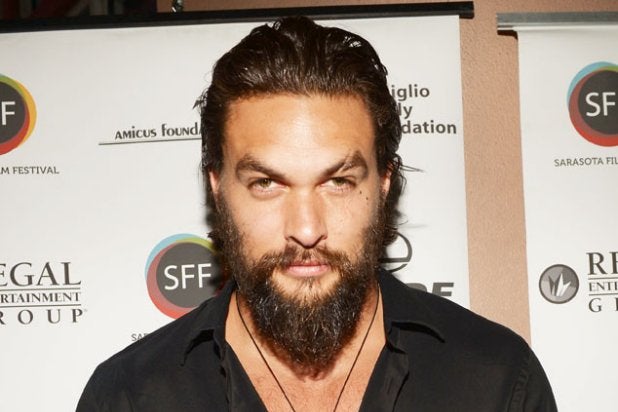 Jason Momoa is in talks to join the cast of MGM’s “Magnificent Seven” remake, an individual with knowledge of the project told TheWrap.

The remake follows seven elite gunmen who agree to protect a small Mexican town from a gang of outlaws. Momoa will play one of the film’s villains.

Roger Birnbaum will produce “Magnificent Seven,” which was originally based on Akira Kurosawa’s “Seven Samurai.”

Momoa is well known for his role as Kahl Drogo on HBO’s “Game of Thrones” and is currently starring on SundanceTV’s “Red Road.” He has also been cast as DC superhero “Aquaman,” set to headline his own solo film set to be released in 2018. He is represented by APA and LINK Management.