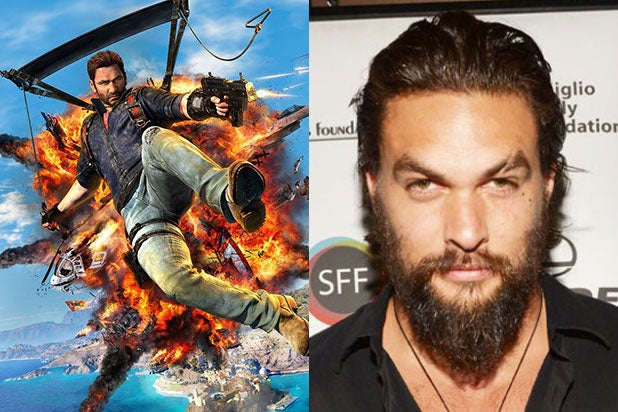 “Aquaman” Star Jason Momoa has signed on to play Rico Rodriguez in the film adaptation of blockbuster video game franchise “Just Cause,” TheWrap has learned.

“Just Cause” is a action-adventure video game series created by Avalanche Studios and published by Square Enix.

“Just Cause” revolves around a character named Rico Rodriguez, who works as an operative for a mysterious organization known as the Agency. Plot details for the film are being kept under lock and key.

John Collee (“Master and Commander: The Far Side of the World”) wrote the script for the project, which is being produced by Peyton and Jeff Fierson through ASAP Entertainment, with Vertigo Entertainment’s Roy Lee, Prime Universe Films’ Adrian Askarieh and Supernova Entertainment’s Eva Cao, as well as Mason Xu and Fan Dong through DNA, which is financing the film.

China-based DNA provided the financing for the film. DNA Pictures was founded in 2015 by Mason Xu, former CFO of Bona Film Group, and Dr. Fan Dong.

Momoa will next be seen as Aquaman in Zack Snyder’s “Justice League,” which opens in theaters this November.

Momoa starts filming his own “Aquaman” solo film later this year for an October 2018 release.