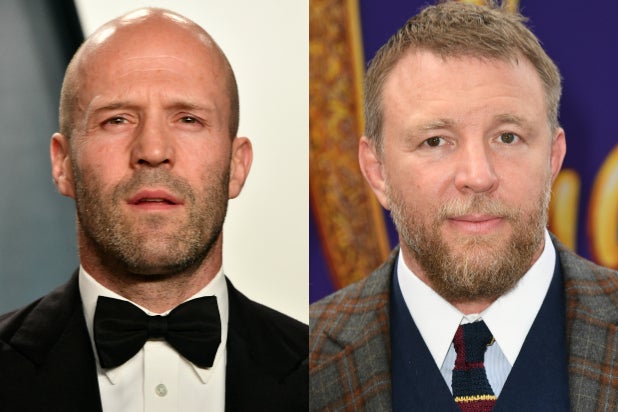 Ritchie will direct and produce the film from a screenplay written by Ivan Atkinson and Marn Davies. The “Aladdin” director has worked with the screenwriters on his most recent two films”The Gentlemen” and the upcoming “Wrath of Man,” formerly called “Cash Truck,” also starring Statham.

“Five Eyes” will follow MI6 guns-and-steel agent Orson Fortune (Statham) who is recruited by global intelligence alliance Five Eyes to track down and stop the sale of a deadly new weapons technology that threatens to disrupt the world order. Reluctantly paired with CIA high-tech expert Sarah Fidel, Fortune sets off on a globe-trotting mission where he will have to use all of his charm, ingenuity and stealth to track down and infiltrate billionaire arms broker Greg Simmonds.

Principal photography on the film is set to start in Europe in October 2020.

“Guy Ritchie’s ‘Five Eyes’ is his next collaboration with Jason, commencing with ‘Snatch,’ following the upcoming film, ‘Wrath of Man’ and the global success of ‘The Gentlemen,’ in partnership with STXfilms,” Miramax CEO Bill Block said in a statement. “We’re excited to be reunited with the STX team, as well as Ritchie and Statham whose undeniable chemistry, philosophy and talent will surely attract a massive appeal from audiences worldwide.”

The film is set up at Miramax and STXfilms, a division of STX Entertainment, has secured worldwide distribution rights. STX will distribute directly in the U.S., U.K., and Ireland, with STXinternational handling sales to foreign buyers at the upcoming Toronto International Film Festival. STXfilms Ritchie’s “The Gentlemen” earlier this year. The film grossed $115 million at the worldwide box office.

“Jason is a global box office heavy weight, and when teamed with Guy Ritchie, that’s an irresistible combination,” STXfilms Motion Picture Group Chairman Adam Fogelson said in a statement. “It’s a thrill to be back in business with Guy, Bill and the team at Miramax after our shared success on The Gentlemen and we believe Five Eyes is the kind of film our partners overseas will love as much as we do.”

Also Read: 'The Gentlemen' Film Review: Guy Ritchie Gets His Mojo Back in a Tale That Recalls His Early Breakthroughs

Block will produce for Miramax, which is also fully financing the film. Atkinson also serves as producer. CAA Media Finance arranged financing and brokered the US, UK, and Ireland distribution deal.

Statham’s deal was negotiated by Patrick Knapp of Goodman, Genow, Schenkman, Smelkinson & Christopher. Ritchie was represented on the deal by CAA and attorney Matt Saver.

Where does “The Gentlemen” rank among the British genre director’s filmography?

Ever since Guy Ritchie exploded into the independent cinema landscape in the late 1990s, he’s been one of the signature auteurs of the crime genre, injecting a particular blend of style and enthusiasm -- and a penchant for overlapping ensemble storylines -- into the cinematic lexicon. To his fans, that’s enough: Ritchie’s many similar crime comedies scratch a particular itch by telling one type of story in largely similar ways, not unlike a series of slasher sequels or rom-coms. To his critics, it sometimes seems like Ritchie is a one-trick pony, even though he’s repeatedly tried, with some success and some failures, to break out of his iconic style and prove how multifaceted he can be.