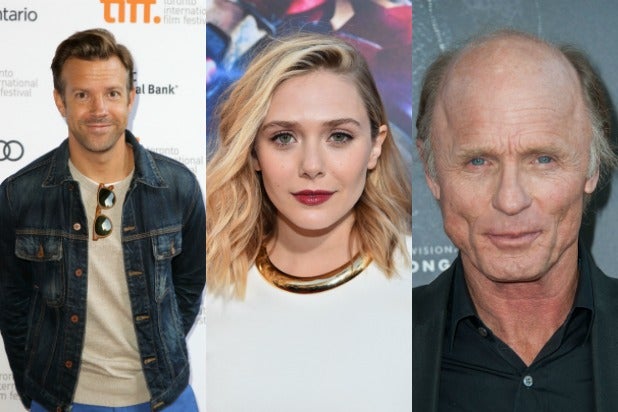 Jason Sudeikis and Ed Harris  are attached and Elizabeth Olsen is in talks to star in “Kodachrome,” which Mark Raso (“Copenhagen”) is set to direct for the Gotham Group and Shawn Levy‘s 21 Laps Entertainment, TheWrap has learned.

Jonathan Tropper (21 Laps’ “This Is where I Leave You”) wrote the script, which is based on A.G. Sulzberger’s 2010 New York Times article about a father and son who take a road trip to Kansas in order to develop photographs at Kodak’s last Kodachrome lab before it closes forever.

Gotham Group’s Ellen Goldsmith-Vein and Eric Robinson are producing with 21 Laps’ Levy and Dan Levine, as well as Tropper. The idea for the project originated with Robinson. Myles Nestel and Lisa Wilson will executive produce for The Solution Entertainment Group, which is handling sales.

“Kodachrome” used to be set up at 20th Century Fox but it’s not being independently financed by Leon Clarence’s Motion Picture Capital. CAA is handling North American rights. Production is slated to start in September.

Sudeikis, who actually hails from Kansas, is currently filming Alexander Payne‘s comedy “Downsizing.” He can now be seen among the “Mother’s Day” ensemble and will soon be heard in Sony’s animated “Angry Birds Movie.” The “SNL” veteran has also wrapped two indie movies with Dan Stevens — “Permission” and “Colossal.” He’s represented by CAA and Brillstein Entertainment Partners.

Raso is represented by UTA and Kaplan/Perrone Entertainment.

The “Kodachrome” news was first reported by the Tracking Board.