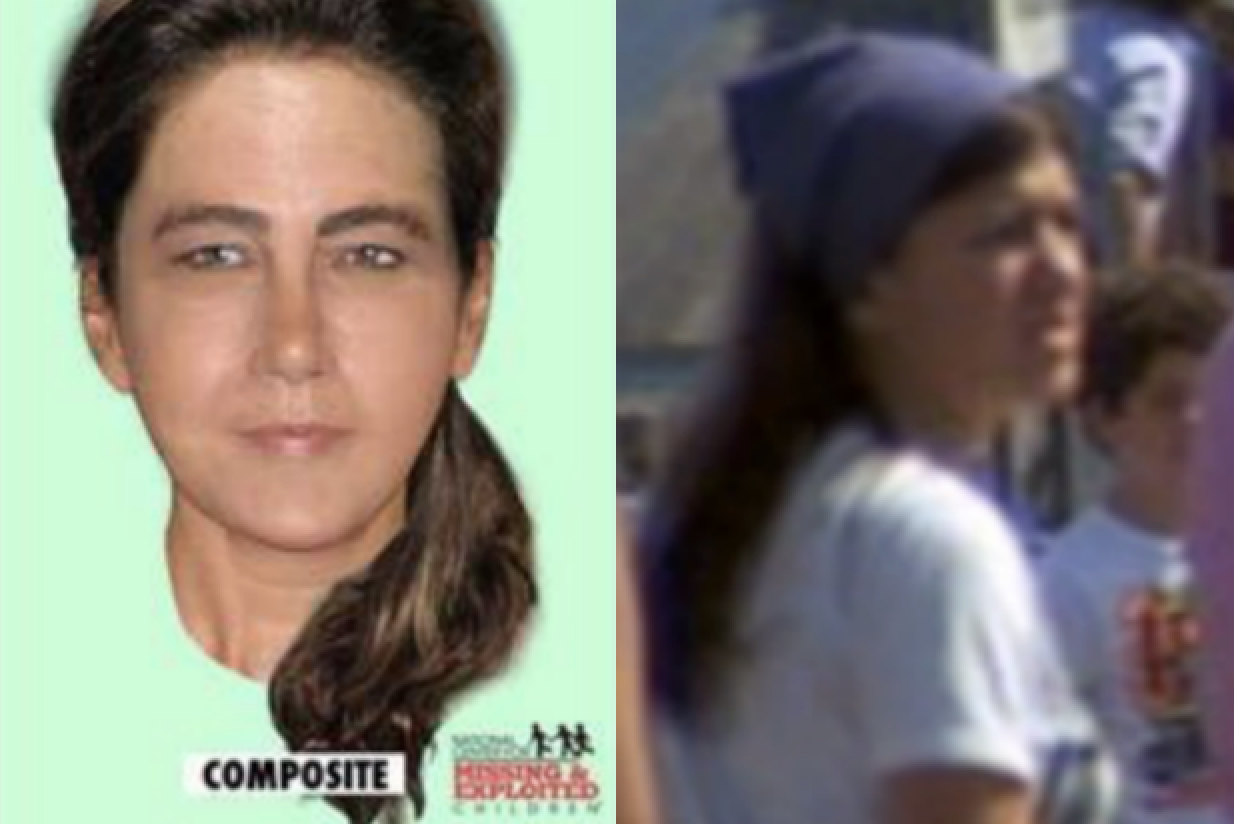 An artist's rendering of the Lady of the Dunes, and the woman who appears as an extra in "Jaws"

Childhoods don’t get much more New England than Joe Hill’s: He’s the son of Maine’s most famous author, Stephen King, and he grew up loving “Jaws,” set in a fictionalized Martha’s Vineyard.

But his childhood was also haunted by the discovery of a body found in Provincetown, Massachusetts, in July 1974, just two years after Hill was born — and around the time Steven Spielberg was shooting “Jaws” nearby. Known as the “Lady of the Dunes,” the victim was never identified.

In June 2015, Joe Hill was watching “Jaws” for its 40th anniversary when he saw something onscreen that had him “half-lunging out of my seat, prickling with gooseflesh,” as he later wrote on his blog.

He believed an unidentified woman who appeared briefly in a crowd scene almost perfectly resembled the Lady of the Dunes.

Hill’s chilling observation provides the climax of the sixth episode of the “Inside Jaws” podcast, which concludes this week. You can listen to the episode here.

Additionally, Mark Ramsey, the host of “Inside Jaws,” spoke with us about many aspects of the making of “Jaws” on our podcast, “Shoot This Now.” You can can listen to on Apple or right here.

Hill noted on his blog that little is known about the Lady of the Dunes, whose body was found in a badly decomposed state.

It appeared that someone had tried, and failed, to remove her head. Hill offered this additional description:

Her jeans and a blue bandana had been folded and placed beneath her head. … We know about the blue bandana and the Wrangler jeans. We know she was between the ages of 25 and 49 years old… although 30 seems a particularly good bet. She had expensive dental work. Her hair was auburn or red. She was fit, 145 pounds, and when she was discovered her hair was in a ponytail, captured by a holder with gold sparkles in it.

Blue bandana. About 30. Fit, 145 pounds. I don’t believe those are Wrangler jeans, but a lady presumably owns more than one pair of jeans.

Hill also noted that “Jaws” drew many people interested in being extras in the film, which dragged on long past schedule and became a source of intense local fascination.

Despite Hill’s digging — including talking to a friend in the FBI — the mystery of the Lady in the Dunes remains unsolved.

Perhaps “Inside Jaws” will expand awareness of his theory, and bring forward someone who can conclusively identify the woman who appears in “Jaws.”

And we highly recommend the conclusion of “Inside Jaws,” which drops Tuesday.