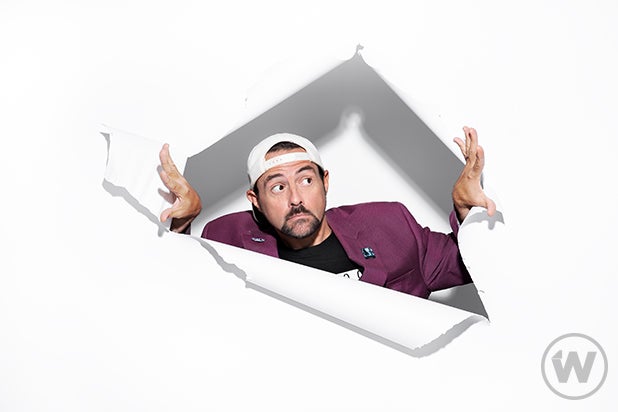 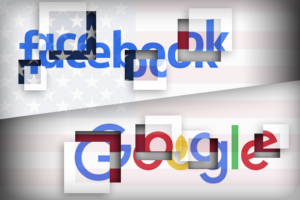 The Case for Breaking Up Facebook, Google and Big Tech | PRO Insight

”Why am I going to spend $20 million to make a bunch of people aware of the movie when the only people coming are the ones that I talk to on a regular basis,“ the director says

Kevin Smith’s latest movie “Jay and Silent Bob Reboot” is hitting theaters in an unorthodox way. After the film premieres as part of Fathom Events on both Oct. 15 and Oct. 17, Smith will then screen the film across a 62-city tour through February, giving a Q&A at every stop.

It sounds exhausting, if not impractical. But “Jay and Silent Bob Reboot” doesn’t have the luxury of a wide release and a massive marketing budget. And the audience most interested in seeing it already follows Smith religiously.

In an interview with TheWrap, the director explained why he chose this distribution strategy rather than spend marketing money to chase an audience that isn’t there.

“Why am I going to spend $20 million to make a bunch of people aware of the movie when the only people coming are the ones that I talk to on a regular basis anyway? Let’s just see what happens if we spend no money marketing the movie whatsoever,” Smith said. “We’re not selling ‘Joker’ here. We’re selling a joker, but not the Joker.”

With Smith’s “Clerks” in 1994, he proved there’s an important niche and cult market for scrappy, personal movies made on a shoestring budget. 25 years later, Smith doesn’t have the same indie cred. But he does have an incredibly loyal fanbase that he’s cultivated through constant visibility in the press, social media, live tapings of his podcasts, convention appearances and Q&As in support of his films.

Fans would spend hundreds to come see him and his friends talk about his old films on podcasts, so why not apply that model to a new movie?

His latest film “Jay and Silent Bob Reboot” is made specifically for those Kevin Smith superfans. It’s a sort of sequel, spinoff and reboot of “Jay and Silent Bob Strike Back” starring himself and Jason Mewes as the lovable stoners and slackers. But it also includes callbacks to his previous films “Clerks,” “Chasing Amy,” “Mallrats” and “Dogma,” all films as part of his extended “Askewniverse,” which his biggest fans know devotedly.

So when Smith has been asked why he didn’t release “Reboot” “normally,” it’s not just that he didn’t have the money. This is a movie made for fans, so why waste money on marketing when he can bring the movie directly to them?

“I barely got $10 million to make the movie. Where the f— am I going to get $20 million to market the movie?” Smith said. “All that marketing, that don’t make the movie better, that just makes your mom aware that it’s coming. And in my experience of 25 years being in this business, your mom don’t give a s—.”

Smith gave this year’s Seth Rogen and Charlize Theron comedy “Long Shot” as an example. The film was a mid-budget studio comedy that went about its release in the normal way, with talk show appearances, billboards, commercials and a wide release from Lionsgate and Summit Entertainment. It made a modest $52.8 million worldwide, less than half that internationally. But it had the unfortunate position of opening in the shadow of “Avengers: Endgame” and finished third place its first weekend.

Also Read: 'Long Shot' Director Says He and Seth Rogen 'Had to Up Our Game' When Charlize Theron Came on Board

“If you’re Kevin Smith, you don’t even get a weekend. You get like a day,” Smith said. “Suddenly you’re not enjoying the movie anymore, you’re fretting for the movie’s life because you have to bring business to it on that equation because you spent so much money marketing. So I just changed the equation.”

Smith says his “Roadshow” allows him to live with his movie not just for one weekend but for six months. The audiences seeing the films have all “overpaid” for the opportunity to see him and Mewes and will think it’s genius no matter the movie’s quality or how it performs in its initial showings.

For point of reference, a screening of “Jay and Silent Bob Reboot” at Chicago’s Music Box Theater next week is already sold out, with general admission tickets selling for $50 a piece. The screening also included an $817.50 VIP ticket that offers one-on-one time with Smith and Mewes, a photograph with the two stars and exclusive merchandise.

This model gives Smith both a sense of financial security and the knowledge that his movie will be well received by the people it was made for, things that wouldn’t be a guarantee if the life and death of “Reboot” depended on an opening weekend.

“One year from when we started shooting the movie, I’m going to be able to pay all my money people back. Like, that’s unheard of in the movie business,” Smith said. “I want to be in a roomful of f—in people who think, this is genius. I want the same way I show my mom something. ‘Oh Tiger you’re so talented!’ I want a roomful of moms telling me I’m still talented. So going out on a tour is mutually beneficial.”

The question is whether this model could work well for another indie filmmaker who doesn’t have the same fanbase Smith does. He acknowledges that though the circumstances have changed dramatically since he came on the scene in the ’90s, standing beside your work, “four-walling” it and cultivating a group of loyal fans remains important for any director trying to reach an audience.

Smith has seen success with this model before, first on his film “Red State,” then again on a 2013 cartoon produced for just $69,000. Smith says the tour on that film put the project in profit after its first night, and by the end of the tour, Mewes “bought a house.” Smith started the same way by explaining his movies at the end of every screening, and now he’s “built a little army over the years.”

“This business was done with me f—ing eons ago, but I’m still here,” he says. “You just have to work insanely hard and smear yourself like feces all over the landscape so people can’t escape you, so people are like, ‘eww, there he is, him and that damn hat.'”

‘Crimes of the Future’ Film Review: David Cronenberg Plays the Hits, But Always With Style