Jay Leno will make something of a return to late night by starring as one of his idols and predecessors — Ed Sullivan — in “Midas Man,” the biopic about the life of The Beatles’ manager Brian Epstein, an individual with knowledge told TheWrap.

Leno’s role as Sullivan, who introduced The Beatles to American audiences with their iconic performances on “The Ed Sullivan Show” in February 1964, is described as a “significant cameo” role. And it’s also a big spot for Leno, who has not appeared in a film since 2017’s “Sandy Wexler,” though he’s acted in shows such as “Last Man Standing” and done animated voice work.

“The Queen’s Gambit” actor Jacob Fortune-Lloyd is portraying Brian Epstein in “Midas Man,” which follows Epstein’s life and career as he discovers The Beatles at Liverpool’s Cavern Club and helps change the face of pop music. Epstein, who was also a closeted gay man, died of a drug overdose when he was 32. 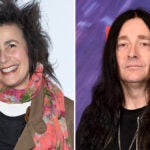 Epstein also met Sullivan in November 1963 to book some other acts on his show and struck a deal for The Beatles to perform three times on the program, including two live performances that would later become legendary. The first broadcast drew 73 million viewers and kicked off Beatlemania and the British Invasion.

Emily Watson, Eddie Marsan, Lukas Gage, Rosie Day and Bill Milner also star in “Midas Man,” but the actors portraying the Fab Four themselves have yet to be announced.

Sara Sugarman, who directed the 2012 comedy “Vinyl,” is directing “Midas Man” in place of Jonas Åkerlund, who recently left the project earlier this month after production had already begun. Jonathan Wakeham wrote the screenplay based on a screen story by Brigit Grant. 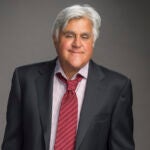 The film has already sold some territories internationally and plans to release in 2022.