Jay Shaylor, executive producer of “CBS Evening News With Norah O’Donnell,” is leaving his role less than two years after taking it.

“Jay Shaylor is leaving the company. We thank him for his contributions to the broadcast and for helping develop it into the impactful program it is today,” a CBS News representative told TheWrap on Friday. “The ‘Evening News’ is in terrific hands with a stellar team of journalists, led by Elizabeth Turner and Alturo Rhymes, as we determine new executive leadership.”

The statement went on, “With Norah O’Donnell as the anchor and managing editor, the ‘Evening News’ is in its best competitive position in years. We are extremely proud of the broadcast and what this team will be able to accomplish as we move forward.” 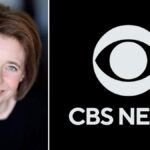 Shaylor joined the “Evening News” team in 2019 after moving over to CBS from CNN, where he was executive producer of “The Situation Room With Wolf Blitzer.”

This is the first big shakeup since new leadership took over at CBS News. Susan Zirinsky stepped down as CBS News president in April after two years in the role. She was tapped for the gig in January 2019 and set to work revamping the “Evening News” broadcast, which named Shaylor its executive producer in September of that year. Zirinsky was tasked with turning around a precipitous ratings decline for “Evening News” and other marquee CBS News shows.

The ratings for “Evening News” took a nosedive in the first few months of O’Donnell’s appointment, with Nielsen data showing that the week of Oct. 14, 2019, she brought in 5.232 million viewers, 17% less than her predecessor, Jeff Glor, brought in a year prior. In the advertiser-coveted demographic of viewers from 25 to 54, her broadcast got 971,000 viewers — a 25% drop from Glor’s prior-year numbers.

After Zirinsky announced her exit from the role, ViacomCBS announced that CBS News was combining with local CBS television stations to be be jointly run by Neeraj Khamlani and Wendy McMahon, who were named presidents and co-heads at the time of the announcement.