Fox News host Jeanine Pirro thinks there should have been more consequences for Will Smith after his response to Chris Rock’s joke at the Oscars on Sunday night.

She also felt his behavior was misplaced.

“I think that the Oscars are not the hood. I think it’s not a bar,” Pirro said on “The Five,” in a comment that unsurprisingly did not faze her co-hosts. 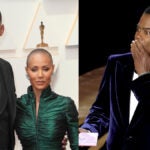 After Rock made a joke that Jada Pinkett Smith should be in the next “G.I. Jane” film, Smith confronted Rock on stage, slapped him and once he returned to his seat, repeated twice “Keep my wife’s name out of your f—kin’ mouth.”

“I don’t think you march up on stage because a guy makes a joke of your wife, which honestly I think is complimentary,” Pirro said. “She could do ‘G.I. Jane 2.’ Jada Smith is — she’s got a fabulous body and she’s beautiful, as was Demi Moore in that film.” 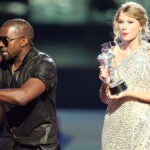 “Aside from all that, in the middle of an event where people are going to get awards in their chosen profession, that this guy takes it upon himself to disrupt the event, to go up on stage to commit violence on stage,” Pirro said. “Then come back and curse out so we can’t even put on television what he says because he feels slighted about a joke. [..] He doesn’t have the right and the public should not have to be subjected to that. I don’t want — if I had little kids — my kids seeing that kind of thing.”

Will Smith has since issued a public apology to Chris Rock and to the Academy. Prior to Smith’s apology, the Academy released a statement saying they do not condone Smith’s actions.

Pirro also took a pause in her above comment to compare the joke to parodies she receives on “SNL.” 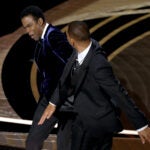 “By the way, if that’s the standard, I should go to ‘Saturday Night Live’ and really go crazy over there,” she said of Smith’s behavior.

“You talk about criminal privilege. You talk about celebrity privilege, that guy has it,” Pirro continued. “He wasn’t walked out of the Oscars. He could have been taken out in cuffs. That was a crime what he did, it’s on tape. And it doesn’t matter if Chris Rock doesn’t want to file charges. It is the people of the state of California versus Will Smith. “

“I think the guy’s an emotional wreck. He goes from cursing, to fighting to crying to I mean, what is wrong with him and the Academy should not condone it and honestly, he shouldn’t be allowed to come to the Academy again. Kanye West can go to the Grammys.” 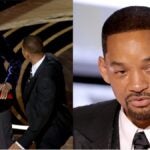 Also Read:
Will Smith Apologizes to Chris Rock: ‘I Was Out of Line and I Was Wrong’