Viewers of the 2022 Oscars telecast were stunned when Will Smith walked up on stage and slapped presenter Chris Rock across the face for jokes made about wife Jada Pinkett Smith, but the beef between the Smiths and Rock at the Oscars goes back years.

Rock previously took aim at Jada Pinkett Smith when he hosted the 2016 Oscars, which Pinkett Smith and her husband Will Smith decided to boycott due to the fact that no actors of color were nominated for the second year in a row. “Jada [Pinkett Smith] boycotting the Oscars is like me boycotting Rihanna‘s panties. I wasn’t invited,” Rock said during his opening monologue of the 88th Academy Awards. 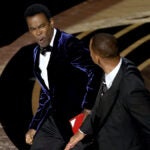 But when Rock made fun of Pinkett Smith’s lack of hair while presenting an award at the 2022 Oscars, Will Smith stepped up on stage and slapped him. “Keep my wife’s name out your f—in’ mouth,” Smith yelled, repeating himself again as he returned to his seat.

Pinkett Smith suffers from alopecia, but it’s unclear if Rock knew of her medical condition when he suggested she was preparing for a role in a fictious “G.I. Jane” sequel.

Will Smith won the Best Actor Oscar moments later in the telecast, and while he was tearful in his speech, he pointedly did not apologize to Rock, and instead extended an apology to the Academy and his fellow nominees. “Love makes you do crazy things,” Smith said, as he spoke about feeling protective over the people he loves.

Smith won for his performance as Richard Williams in the biographical drama “King Richard,” which was also nominated for Best Picture. 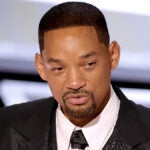