Jeff Blackburn has returned to Amazon in the newly created post, SVP of a new Global Media & Entertainment, Andrew Jassy, CEO of Amazon Web Services, announced in a memo to employees on Thursday. 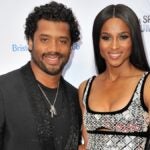 Blackburn, formerly a senior vice president and one of Amazon CEO Jeff Bezos’s closest advisers, was in charge of Amazon’s entertainment, business development and advertising businesses. He joined Amazon in 1998 just a few years after the company was founded and worked on product development and operations. Blackburn took a leave of absence from the Amazon in the summer of 2019.

Blackburn is a member of Amazon’s “S-Team,” the inner circle of the most senior executives at the company.

Read the memo below:

I wanted to share the good news that Jeff Blackburn has decided to return to Amazon as SVP of a new Global Media & Entertainment organization that will include Prime Video and Amazon Studios, Music, Podcasts/Wondery, Audible, Games, and Twitch.

Many of you know Jblack from his previous time with the company. He joined Amazon in 1998 after helping guide the company through its IPO at Deutsche Bank. He did a lot of building over two-plus decades, including our 3P marketplace, Advertising, Amazon Studios/Prime Video, Music, A9/Search, and our Corp Dev org (M&A and BizDev teams).

Jblack’s interest in returning to Amazon presented us with a good opportunity to combine our entertainment businesses in a single org under a leader who knows them well. Often, the best time to make org changes is when things are going well. Fortunately, each of these businesses is on a very positive path—Amazon Studios was recently nominated for 12 Oscars (and won 2 of them!), Prime Video has had 175 million prime members stream shows and movies in the past year and just won the rights to be the exclusive home of NFL Thursday Night Football starting in 2022. Twitch has grown dramatically over the past 15 months and our Games Studio is launching its highly-anticipated game, “New World,” this summer. Music continues to grow quickly and has launched Podcasts now in 10 countries, and Audible Original, “The Sandman,” became the bestselling original in Audible’s history (with a second installment later this year)—these are just a few of the many successes and milestones for these businesses. We believe that bringing them together will help us innovate for creators even more quickly, coherently, and across multiple mediums.

Jblack will report to Jeff B until the transition in Q3, and then he’ll report to me. Mike Hopkins, Steve Boom, Don Katz, Mike Frazzini, and Emmett Shear will report into Jblack when he starts on June 7th.

Please feel free to share the news with your teams as you wish.