Jeff Bridges’ work as a fading country singer in director Scott Cooper’s “Crazy Heart” has thrust one of Hollywood’s most respected actors squarely into the Oscar race. As Bad Blake, an alcoholic one-time star reduced to playing in bowling alleys with pickup bands, Bridges gets one of the meatiest roles of his career, and responds with a performance that feels absolutely real, with the help of top-notch songs and expert advice from a team of singers and songwriters assembled by producer and musician T Bone Burnett.

As laid-back and easygoing in life as you’d expect from his iconic characters like the Dude (from “The Big Lebowski”), Bridges talked to TheWrap about the pitfalls of music movies. 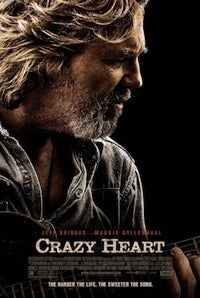 You and your old friend T Bone Burnett came on board “Crazy Heart” at about the same time. Would you have done the movie without him?
I don’t think so. The music-movie bar was set pretty high with me with “The Fabulous Baker Boys.” We had a great time doing that, and it came out pretty well, I thought. But we already had the music, the standards.

The music in this movie was just as important as the music in that movie – but the difference was that in this movie, there was no existing music. And so when it first came across my desk I said, “Good idea, but pass.” But when T Bone got involved, it made it viable.