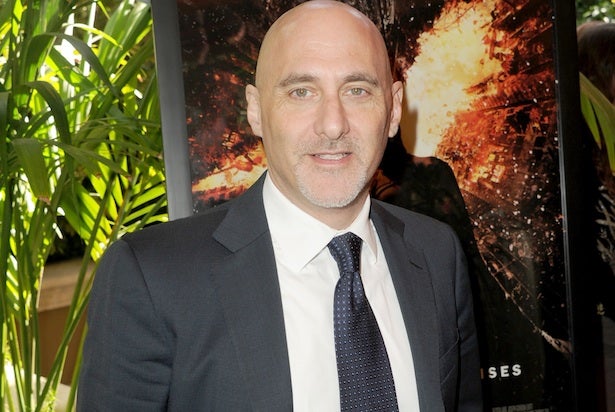 Sony Pictures Entertainment has struck a deal with Jeff Robinov‘s Studio 8 to release up to six pictures a year.

Multi-platform media company Studio 8 will have greenlight authority and aims to develop, produce and acquire both potential tentpoles and prestige pictures driven by new and established filmmakers. SPE will also become an investor in the company. As Studio 8 is interested in acquiring additional production businesses and brand-based properties, it expects to raise up to $1 billion in financing.

As previously reported by TheWrap, Robinov formed Studio 8 after his messy exit from Warner Bros. last summer, a move that became inevitable after Time Warner CEO Jeff Bewkes passed Robinov over for the job of Warner Bros CEO. Robinov served as an executive at Warner Bros. Motion Pictures Group for 17 years, most recently as President of Warner Bros. Motion Pictures Group, overseeing successful franchises such as “The Dark Knight” trilogy (over $2.3 billion worldwide), “The Hangover” films (over $1.3 billion worldwide).

Studio 8 was founded in partnership with Chinese investment firm Fosun Group and will live on the SPE lot in Culver City. Robinov will work with the Fosun Group on developing TV and digital content establishing multi-platform distribution opportunities, collaborating with global production and brand-based properties including those in the Chinese market. SPE’s distribution will be worldwide, with the exception of the Greater China Region.

Fosun is a Shanghai-based company that manages a few different businesses, including industrial operations, insurance, direct investment and asset management. It has already invested in Bona Film Group, a leading Chinese film company. China is currently the world’s second-largest market for film and is expected to surpass the U.S. in just a few years.

“I’m very grateful to have Fosun Group and Sony Pictures Entertainment as integral parts of this venture,” said Robinov “Their support, experience and accomplishments will help us build a great global media company together.”