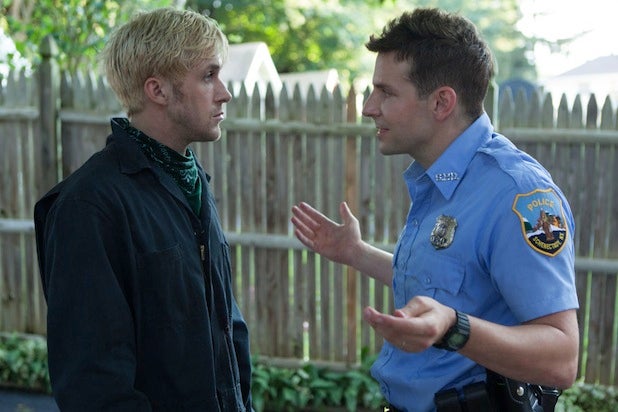 Film reporters are the bastard children of awards season: We see all the movies and have opinions, but we’re not critics who are members of various Circles, Groups and Associations, so we don’t get to officially weigh in.

If I did have an Oscar ballot, it would look something like this.

(Please keep in mind that while I loved certain movies — like “This Is the End” and “Don Jon” — it’s hard to vote for them for Best Picture, which carries a certain weighty  connotation. These have to be realistic choices — otherwise there would be no point to this exercise.)

Important Note: An asterisk (*) denotes my vote to WIN.

Also Read: Oscar Nomination Predictions: So Crowded Meryl Streep and Robert Redford May Get Squeezed Out

It hurts to leave out “The Spectacular Now” but it’s such a competitive year! The dazzling visual accomplishment that was “Gravity” is also deserving but I found the story to be a little cold and lacking sufficient emotion. That’s in direct contrast to “The Place Beyond the Pines,” a true American masterpiece and one of the most profound crime films in years.

Directors Alfonso Cuaron (“Gravity”) and Paul Greengrass (“Captain Phillips”) pulled off incredible feats of filmmaking but it’s hard to argue with Cianfrance’s opening tracking shot of Ryan Gosling and the visceral impact of his motorcycle ride through the woods.

I feel terrible leaving out Christian Bale, a true chameleon of an actor who disappeared into the role of Irving Rosenfeld and anchored the “American Hustle” ensemble, but the five actors listed straight-up carried their movies. With great responsibility comes great rewards.

Cate Blanchett and Emma Thompson? Overrated! Sandra Bullock? Come on now. Julia Louis-Dreyfus proved she’s one of our greatest comic actresses in “Enough Said” and yet, she was unfairly overlooked this awards season. I won’t make the same mistake.

As hard as it was to leave James Gandolfini off, it was even harder picking just one performance from “Place Beyond the Pines.” Cooper gave the best performance of his career in that underrated drama — even better than his work in “American Hustle.” Daniel Bruhl was terrific in Ron Howard’s “Rush,” but his performance didn’t stay with me like these five.

Oprah Winfrey has been getting a ton of attention for “The Butler,” but for my money, Spencer gave the better performance. Some will argue that Johansson’s inclusion is questionable given that she’s never seen onscreen, but I honestly believe that “Her” wouldn’t work as well with any other actress voicing Samantha, the operating system that Joaquin Phoenix falls in love with. Regardless of whether it sets a dangerous precedent, Johansson’s work is still a performance in every sense of the word.

It was a difficult choice to omit “American Hustle,” which wields words like weapons, but ultimately, the movie is a little messy and could’ve been a bit tighter. Ryan Coogler deserves recognition for “Fruitvale Station,” and when he failed to make the cut as a director on my ballot, he cemented a slot in this category.

“The Spectacular Now” delivered one of the most honest and refreshing teenage romances in years and to ignore the fine job Michael Weber and Scott Neustadter did in adapting Tim Tharp’s novel would be criminal. And while “August: Osage County” may be a hard movie to embrace, there’s no denying the power of the script’s verbal fireworks, which were good enough for the Pulitzer committee.