Jenna Dewan is headed to Smallville.

The actress will reprise her “Supergirl” role of Lucy Lane on the second season of The CW’s “Superman & Lois.”

Dewan played Lucy (Lois Lane’s little sister) on the first season of “Supergirl,” back when the Arrowverse superhero series was on CBS. 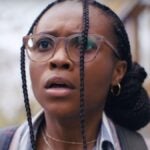 Her character was a JAG lawyer and she had a previous relationship with Jimmy Olsen (Mehcad Brooks).

Lucy is described in a character description obtained by TheWrap as “smart and driven.” The younger Ms. Lane “doesn’t back down to anyone, with a chip on her shoulder stemming from an unresolved childhood trauma.”

“Superman & Lois” stars “Teen Wolf” alum Tyler Hoechlin as the Man of Steel and Elizabeth Tulloch as the world’s most famous journalist, Lois Lane. The pair are married with two teenage sons in The CW show, and left Metropolis in Season 1 to raise their children in Clark Kent’s Earth hometown — Smallville. 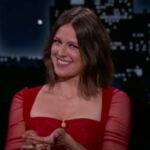 “Supergirl,” the series Dewan first played the role on, will conclude at the end of the current sixth season.

Dewan is currently recurring as Bailey on ABC’s “The Rookie.”