Jenna Ellis, who served as a lawyer for former president Donald Trump, quit the Republican party on Monday because, she said, it doesn’t support Trump enough. She made the declaration on her “Just the Truth” program on Real America’s Voice.

“Even if I stand alone for the truth, I will stand for the truth,” declared Ellis, who backed Trump in his efforts to baselessly claim that he won the 2020 election. His false claims led a number of his supporters to riot at the Capitol Jan. 6 in an effort to stop the certification of President Joe Biden’s win that left five dead. 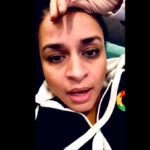 She accused the Republican National Committee of “not championing” the right issues, then took on its leadership.

“All of them, including [RNC chair] Ronna McDaniel, should resign now. Until they do, as of today, I am resigning from the party. I am changing my voter registration and I am no longer a Republican until the party decides that it wants to be conservative again,” she said.

On Tuesday morning, as she trended on Twitter, she posted, “Good morning to my fellow conservative independents. It’s always a great day to stand up for the truth.”

Watch the clip below and the full segment here: