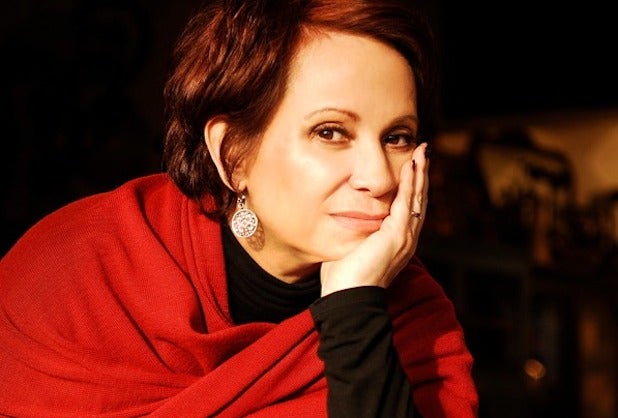 Nearly a decade since she earned an Oscar nomination after working with Brad Pitt on “Babel,” Adriana Barraza has signed on to join Jennifer Aniston in the indie drama “Cake,” an individual familiar with the project has told TheWrap.

Daniel Barnz (“Won’t Back Down”) will direct from Patrick Tobin’s script, which was voted to the 2013 Black List.

Aniston will play an acerbic woman named Claire who becomes fascinated by the suicide of Nina, a woman in her chronic pain support group. As she uncovers the details of Nina’s suicide and develops a poignant relationship with Nina’s husband, Claire also grapples with her own very raw personal tragedy.

Barraza will play Claire’s unexpected friend and confidant whose sympathetic demeanor belies a strength that is shocked by nothing.

Ben Barnz will produce with Kristin Hahn and Courtney Solomon, while Aniston will executive produce with Shyam Madiraju and Mark Canton.

“Cake” is the first film under a new deal between After Dark Films and Shenghua Entertainment, which produces Chinese television. The new company is called Cinelou Films and it will produce five movies over the next 18 months budgeted at between $7 million and $10 million. WME Global, which co-reps “Cake” along with CAA, will represent Cinelou and assist in the sourcing and packaging of its films.

Barraza, who will soon be seen in Guillermo del Toro‘s FX series “The Strain,” is currently shooting the Chilean miner drama “The 33.” Her other feature credits include “Amores Perros,” “Spanglish,” “Drag Me to Hell” and “Thor.”

Barraza is represented by Innovative Artists and DePaz Management.