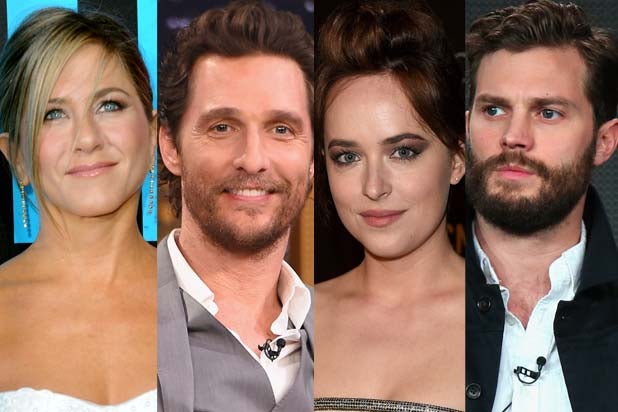 Jennifer Aniston, Matthew McConaughey and “Fifty Shades of Grey” stars Jamie Dornan and Dakota Johnson will present during the 72nd Annual Golden Globe Awards on Sunday, along with a slew of other major stars, the Hollywood Foreign Press Association announced on Thursday.

McConaughey won his first Golden Globe last year for his performance in “Dallas Buyers Club” — a role that also earned him his first Oscar — and he’s nominated this year for his role in HBO drama series “True Detective.”

This year’s Golden Globes will be broadcast live from the Beverly Hilton in Beverly Hills, California on Sunday at 8 p.m. ET on NBC.