Jennifer Garner was crowned Hasty Pudding’s Theatrical Woman of the Year Saturday by members of Harvard University’s theater troupe, who honored her with a celebratory parade and, of course, the iconic pudding pot at a traditional roast.

With her Hasty Pudding medal secured around her neck, Garner was chauffeured around the streets of Cambridge, Massachusetts, in a red convertible Bentley. Surrounded by members of the troupe in drag, Garner was amazed by the crowds that came out to see her.

“This is crazy. This is nuts,” she cheered.

After hopping out of the car in front of Harvard’s Farkas Hall, the “Adam Project” star danced the can-can with students, kicking her legs high in the air.

Check out all the fun in the video at the top. 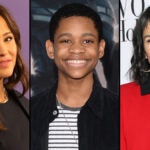 When Saturday night came, a different celebration took place: the bestowing of the famed pudding pot.

“I guarantee my day was better and more fun than yours,” she smiled at the crowd. “I am a devoted member of the Hasty Pudding Club from now on, and I will be a nerd in the audience next year, I promise. This has been the most fun day ever.”

Garner said she refused to let previous honoree Kerry Washington tell her anything about the celebration, in order to preserve that joy. 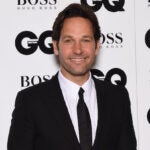 Washington was Harvard’s chosen honoree back in 2016, and Garner told the students during her acceptance on Saturday that she wanted to come in pure and fully enjoy the day.

“I did talk to Kerry Washington the other day, and I decided to tell her to not tell me anything,” Garner said. “I said, ‘I’m going to go in blind,’ and I’m so glad I did. That could have dampened my overall joy and enthusiasm for the day.”

Hasty Pudding Theatricals, the troupe responsible for the honor, was first established in 1844 and bills itself the third-oldest theater group in the world. The Woman of the Year award was created in 1951 to honor people who have made “lasting and impressive contributions to the world of entertainment.”

Beyond Garner and Washington, previous honorees have included Viola Davis, Meryl Streep, Katharine Hepburn, and Cher, among others.

Garner also promised the crowd during her acceptance speech that she will return for the celebration of next year’s honoree. 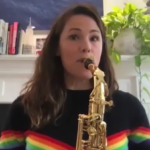