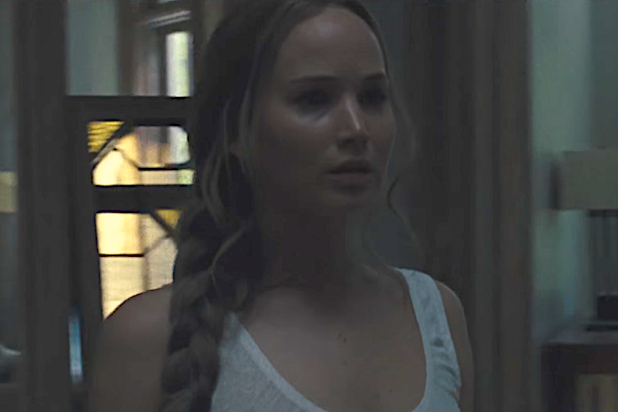 It is one of the most hotly debated issues in Hollywood: how to manage soaring movie-marketing costs and get the most bang for your buck.

Between 1980 and 2007, the average cost of marketing a studio movie in the U.S. rocketed from $4.3 million to $36 million. Today, global marketing for a big-event movie like Wonder Woman or the Fate of the Furious can exceed $200 million, costing nearly as much as the making of the movie itself.

With numbers like this, it’s not hard to see why marketing is such a hot-button issue. What is surprising, however, is that Hollywood still relies so heavily on outdated methods for targeting consumers and marketing its movies.

Some studios, for instance, have still not evolved beyond basic audience segmentation. They simply split moviegoers into four basic groups: male, female, under 25 years old and over 25. It doesn’t take a Ph.D in data science to recognize that this type of targeting is far too elementary. With such a “spray and pray” strategy, it’s nearly impossible for studios to maximize their marketing dollars and earn the optimum return on their investment.

Also Read: TheGrill 2016: How Marketing Is Adapting to Mobile-First Consumers

So why do they persist? Why do so many studios continue to believe movie marketing is about raising awareness in the general public by flooding the airwaves with trailers and saturating the roadways with billboards? It’s not economics that drive this sort of strategy, because these campaigns are in fact quite costly — they try to be everything to everyone. What’s more, their effectiveness and ROI is extremely hard to quantify.

It’s time for studios to do away with basic demographics and focus on psychographics. This means going beyond age and gender — and figuring out who really is the audience for your film and what they actually like and dislike.

This is more complex than slapping up a billboard on Main Street, but selecting the right data and using it properly can greatly enhance the effectiveness of a movie-marketing campaign. For starters, by going beyond traditional demographics, studios can get to the core of why a potential audience member might — or might not — be interested in their film or TV show.

Take the HBO hit series “Game of Thrones.” Not every fan of the show enjoys it for the same reason. Some like it because it’s a fantasy. Others because they watch just about anything and everything on HBO. Still others like it because it’s gory or because it has a lot of sex scenes. The point here is that knowing why viewers like something is even more important than knowing what they like. Because once you know the reasons for their preference, you can re-target those people with additional information and content that is appealing to them and actually persuade them to see your movie.

Further, by understanding different audience segments and their level of interest, marketers can spend less on those consumers who will go see their movie without prompting, such as hardcore fans of the X-Men franchise, and focus more on consumers who are persuadable.

For instance, for the upcoming film “mother!” the marketing message and content might be adjusted as follows. Those identified as people who enjoy horror films can be shown a scene from the movie in which the main character, Jennifer Lawrence, is seen in terrifying circumstances. Those identified as fans of Javier Bardem (another actor in the film) can be shown campaigns/content/and even trailers that feature him heavily. And those identified as avid fans of a movie that’s comparable, such as “The Conjuring,” can be shown content that emphasizes the parallels between the two films.

Because the film stars Jennifer Lawrence, studios can use third-party data to better target fans of the actress. For example, Ranker Insights data shows that JLaw fans also like Chipotle, “Deadpool,” Ronda Rousey and “Orange Is the New Black.” For Javier Bardem fans, we know to target fans of “Shutter Island,” “Last Week Tonight With John Oliver,” Floyd and “Mass Effect Andromeda.”

Understanding the nuances of audience preference allows studios to personalize the content in a way that creates greater interest and drives consumption. Once you get to this next level of audience comprehension, you can truly start to target movie trailers and teasers to consumer segments that are mostly likely to be receptive to your marketing efforts.

Today, some studios still use focus groups and telephone surveys to track audience engagement. These methods, which are based on very small sample sizes, can’t really distinguish between, say, a “Wonder Woman” fan and a “Willy Wonka” lover, at least not at a level that is statistically significant.

This makes it all the harder to understand whether or not a particular campaign is working and fix the problem in real time. By contrast, a more data-centric approach enables studios to start using information and analytics effectively to get immediate feedback and gauge the effectiveness of any particular campaign.

With data and analytics, studios can also A/B test many different marketing campaigns and tweak them in real time. Studios can use those findings to very quickly assess the response rate of a particular trailer and then make the appropriate adjustments on the fly. This immediate feedback loop allows for the constant optimization of digital marketing campaigns. As a result, you can create dozens of personalized trailers that truly resonate with various audience segments and, ultimately, fill theater seats.

Data and analytics won’t create the next “Dunkirk,” but they can certainly help ensure that your studio’s next blockbuster release really is a blockbuster.

View In Gallery
BIO Glenn Walker
As COO & GM of Data Analytics at Ranker, Glenn Walker is responsible for data operations, strategy, BD, marketing, video, PR and various publisher operations. Ranker is a leading digital media company for opinion-based, crowd-sourced rankings on just about everything. Based in Los Angeles, Ranker attracts more than 50 million monthly unique visitors and over 80 million monthly visits worldwide, and is a top ranked publisher in the U.S.

As COO & GM of Data Analytics at Ranker, Glenn Walker is responsible for data operations, strategy, BD, marketing, video, PR and various publisher operations. Ranker is a leading digital media company for opinion-based, crowd-sourced rankings on just about everything. Based in Los Angeles, Ranker attracts more than 50 million monthly unique visitors and over 80 million monthly visits worldwide, and is a top ranked publisher in the U.S.