After Jennifer Lawrence was dragged online this week for falsely stating that her role in “The Hunger Games” made her the first woman to headline an action movie, she clarified the comment, chalking it up to “nerves” at being interviewed with “living legend” Viola Davis.

“I remember when I was doing ‘Hunger Games,’ nobody had ever put a woman in the lead of an action movie, because it wouldn’t work, we were told. Girls and boys can both identify with a male lead, but boys cannot identify with a female lead,” she said in a joint video interview with “The Woman King” star and producer.

“That’s certainly not what I meant to say at all. I know that I am not the only woman who has ever led an action film,” Lawrence told The Hollywood Reporter on Thursday. 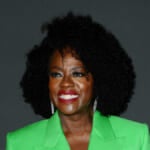 Also Read:
Viola Davis on How ‘The Woman King’ Highlights the Need for More Stories About Black Women: ‘We Want Great Material’ (Video)

“What I meant to emphasize was how good it feels,” she explained. “And I meant that with Viola — to blow past these old myths that you hear about … about the chatter that you would hear around that kind of thing. But it was my blunder and it came out wrong. I had nerves talking to a living legend.”

Lawrence added, “One time I was quoted saying that Donald Trump was responsible for hurricanes. I felt that one was ridiculous, that it was so stupid I didn’t need to comment. But this one, I was like, ‘I think I want to clarify.'” 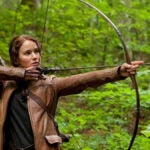