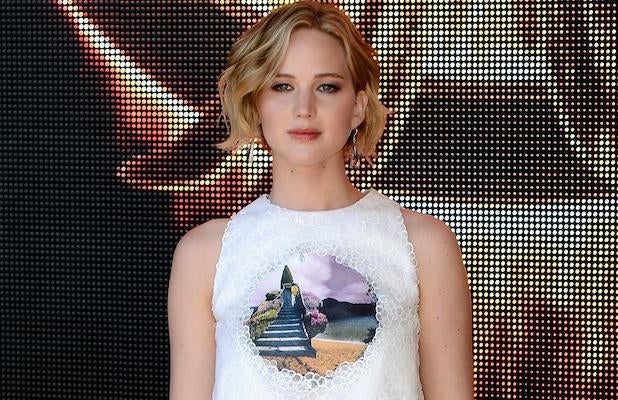 Oscar winner Jennifer Lawrence and her “Hunger Games” director Francis Lawrence are reteaming on “The Dive,” which is being produced by James Cameron, TheWrap has learned.

Representatives for Jennifer Lawrence and Francis Lawrence did not respond to multiple requests for comment.

“The Dive” tells the tragic true story of freedivers Francisco “Pipin” Ferraras and his wife Audrey Mestre, who competed to travel as deep as possible underwater on a single breath of air.

Lawrence will play Mestre, who died during an attempt to beat her own world record of 557.7 feet. Ferraras paid tribute to his late wife by diving to the same depth in an attempt that was filmed by Cameron.

Cameron is producing with his Lightstorm Entertainment partner Rae Sanchini as well as Barry Josephson. Dana Stevens (“Safe Haven”) wrote the most recent draft of the script, according to an individual familiar with the project.

The Lawrences have worked together on “The Hunger Games: Catching Fire” and the two-part finale “Mockingjay.”

Jennifer has become a familar face on the Fox lot, as she’s preparing to star in David O. Russell‘s “Joy” as well as Bryan Singer‘s “X-Men: Apocalypse,” in which she’ll return as Mystique.

Francis previously worked with Fox on “Water for Elephants.” He also directed “I Am Legend” and “Constantine” for Warner Bros.

CAA and attorney Gretchen Rush represent both Lawrences, while the director is also repped by 3 Arts Entertainment.

Stevens created the CBS series “Reckless” and previously wrote “Blink,” “City of Angels” and “For the Love of the Game.” She’s represented by WME.