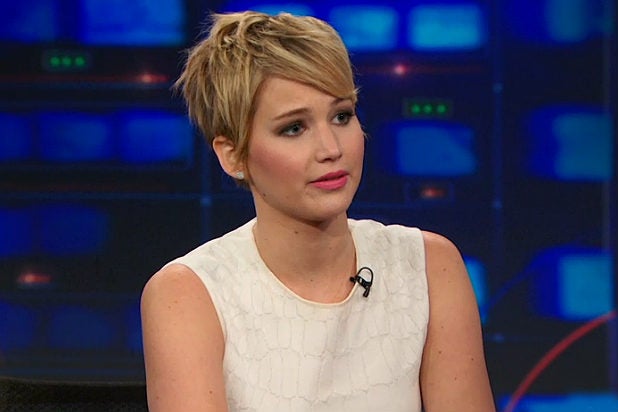 “The Hunger Games” examines a world where serious issues and celebrity overlap in grotesque ways. So does Jon Stewart‘s the “Daily Show.”

One example? The time CNN sent a breaking news alert about the films’ star, Jennifer Lawrence, cutting her hair.

“That was seriously the weirdest thing that has ever happened to me in my entire life,” said the “Catching Fire” star. “Can you imagine getting your hair cut and then finding out about it on the news?”

“It’s a prank, it feels like a prank,” Stewart said.

Then he tried to blow Lawrence’s mind — with a picture of young Helen Mirren he said proved her resemblance to the actress.

“You are so weird,” Lawrence said. “She’s like a beautiful woman, so I’m complimented. I just didn’t expect that you would do that.”

Stewart later offered: “In many ways, I remind myself of a young Charlie Rose.”