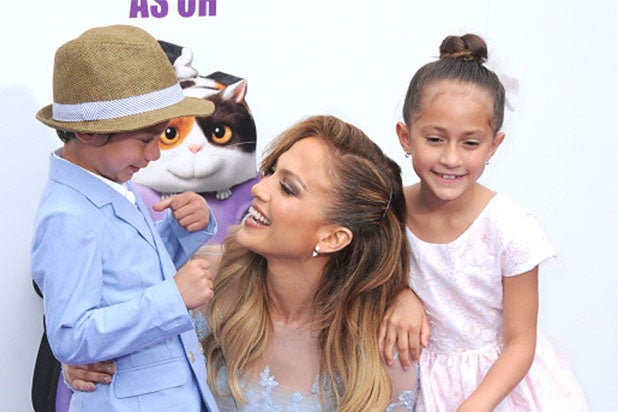 The “Home” premiere was a family affair for Jennifer Lopez.

The actress hit the purple carpet with her seven-year-old twins Max and Emme Sunday at the Regency Village Theatre in Los Angeles.

“Home” is an animated adventure about an alien on the run from his own people, who lands on Earth and makes friends.

Rihanna, , Lopez and lend their voices to the family film, which is based on Adam Rex’s 2007 children’s book “The True Meaning of Smekday.”

and both contributed songs to the “Home” soundtrack, and Lopez performed her single “Feel the Light” last week on “American Idol.”

“Home” debuted in several countries overseas this weekend and topped the box office in the U.K. and Russia.

The film opens in North America on Friday.