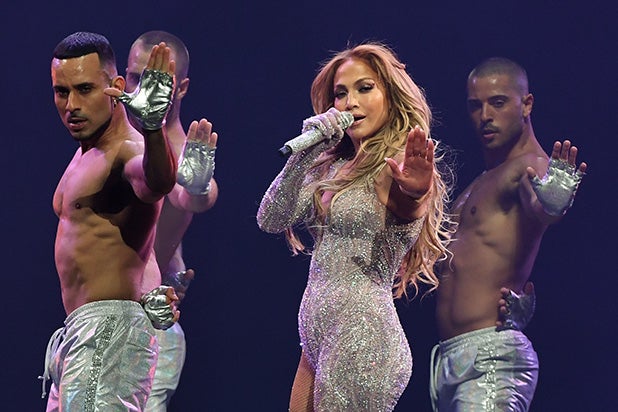 Jennifer Lopez is in talks to headline the 2020 Super Bowl halftime show.

Us Weekly was the first to report that the “Hustlers” star is in conversations with the National Football League to follow up Maroon 5’s Super Bowl halftime performance from earlier this year. Citing an anonymous source, Entertainment Tonight later reported that Lopez is at “the top of the NFL’s list” and said the two parties have been in talks for “a while.”

Representatives for Roc Nation and the NFL did not immediately return TheWrap’s request for comment. Reps for Lopez declined to comment.

Should a deal manifest itself, Lopez would perform at Super Bowl LIV on Feb. 2, 2020 in Miami.

News of Lopez’s potential involvement comes a month after the NFL closed a deal with Jay Z’s Roc Nation to serve as the league’s “official Live Music Entertainment Strategists” and spearhead the selection of artists for tentpole performances like the Super Bowl.

Lopez has most recently been making headlines as the star of the stripper crime drama “Hustlers,” which debuted last week at the Toronto International Film Festival to rapturous praise and some early Oscar buzz; the film opens in theaters this Friday. She also just concluded her 30-city “It’s My Party” tour celebrating her 50th birthday.

When asked by Entertainment Tonight earlier this summer if she’d be interested in performing at the Super Bowl, Lopez said, “Yeah, we’ve thought about the Super Bowl and it’s in Miami, it’s a big deal but we’ll see. They make their own decisions over there.”