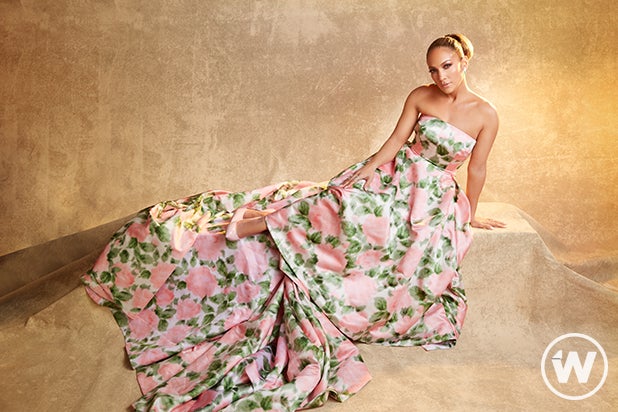 Jennifer Lopez is back in the spotlight — and owning it. In the last year, the Boricua (Puerto Rican, for the unitiated) megastar turned 50, hosted “Saturday Night Live,” and received some of the best reviews (and box office grosses) of her acting career for her role as a stripper-turned-scammer in “Hustlers.” Now she’s set to headline the halftime show (with Shakira) at this Sunday’s Super Bowl LIV.

“The Super Bowl is as big as it gets,” a Hollywood publicist said. “She has got a track record, that is for sure.”

“Was ‘Hustlers’ her biggest moment this year? Or was it wearing an even skimpier version of that iconic Versace dress at age 50?” one Hollywood agent told TheWrap, referring to her appearance at the Versace show at Milan Fashion Week last September. “She’s the rare star that does it all, so sometimes that means she’s concentrating more on her music or stage show than say, her film career.”

And it’s unclear exactly how Lopez plans to follow this remarkable run back at center stage. (A rep for the star declined to comment for this story.) She will return next month as a judge on the fourth season of NBC’s “World of Dance,” which will premiere over the summer, but her calendar is otherwise open beyond that.

And while she wrapped the Universal romantic comedy “Marry Me” with Owen Wilson which is currently undated on the studio’s slate, she has no other projects lined up in film, TV or music — she completed a 25-concert tour just last summer.

Lopez has always divided her career between music and filmed projects, and the buzz surrounding “Hustlers” has put her back in Hollywood’s attention. Her performance as the ringleader of a group of former strippers who steal millions from rich men put her in the awards conversation for the first time since she broke out in 1997’s “Selena.” Though she was snubbed by Oscar voters, she earned best supporting actress nominations from the Golden Globes, the Independent Spirit Awards, the Screen Actors Guild and numerous film critics groups to name a few.

“Jennifer Lopez has worked harder than most to earn her iconic status by staying focused on her craft as an artist and human,” said Tele CEO David Ortiz, a former development executive for Universal and Warner Bros. “She doesn’t need Hollywood or nominations to validate her success, her fans have already done it.”

In terms of her Hollywood career, insiders say that there are two paths for Lopez to capitalize on her resurgence. One is to stick to familiar, popular roles like the ones she played in 2001’s “The Wedding Planner” and 2002’s “Maid in Manhattan” that established her as a star. “Rom-com is the ultimate star vehicle,” the agent told TheWrap.

The other is to follow the awards buzz she received for “Hustlers” with more challenging roles, perhaps by working with acclaimed filmmakers as she did early on in her career, when she starred in Steven Soderbergh’s 1998 thriller “Out of Sight.”

“She needs one of the big directors to take her seriously. (Christopher) Nolan, (Martin) Scorsese, Kathryn Bigelow, et cetera,” one Hollywood manager said. “There’s a reason Leonardo DiCaprio works with the same big directors every time — as well as Daniel Day Lewis. Look at John David Washington — Nolan just upped him to a different level by having him star in his movie.” Washington, the son of Denzel who broke out in Spike Lee’s “BlackKklansman,” will star in Nolan’s upcoming sci-fi thriller “Tenet.”

“She definitely has revived street cred but she needs one more elevated role to keep it, because — let’s be honest — it’s not a big acting stretch to be the beautiful sexy character when she’s already naturally that in real life,” the manager added.

That elevated role could easily be a project that she is already attached to star in, STXfilms’ “The Godmother,” a drama about Griselda “La Madrina” Blanco, who rose from an impoverished childhood in Colombia to become one of the world’s biggest drug lords before she was killed in 2012.

Lopez is also eyeing “The Godmother” as a potential project to make her feature directorial debut, according to a source close to the project. “The Godmother,” which has a screenplay by Regina Corrado (“Deadwood: The Movie”) and Terence Winter, would be the third project between Lopez and STXfilms following 2018’s “Second Act” and “Hustlers.”

“I’ve been forever fascinated by the story of Griselda Blanco and jumped at the chance to play her on screen,” Lopez said in a statement. “She is all things we look for in storytelling and dynamic characters — notorious, ambitious, conniving, chilling. In a genre dominated by legendary kingpins, I’m eager to shine a spotlight on this antihero.”

Whatever comes next, there’s no denying that Lopez has inserted herself back into the pop culture mainstream — and 100 million-plus pairs of eyes will be on her this Sunday. “She proved her imprint and reach as a brand,” a top Hollywood publicist added. “To me in this moment with ‘Hustlers,’ the Super Bowl and all the hats that she is wearing — producer, actress, performer, businesswoman, entrepreneur — she is the rare example at someone having success in every arena at one time.”