“Supernatural” alum Jensen Ackles has a new series regular role. The actor has joined the cast of ABC’s “Big Sky” for the show’s third season in a lone season arc.

Ackles is set to make his debut in the Season 2 finale as Beau Arlen, described as “a confident and charming good ol’ boy from Texas who steps in as temporary Sheriff (and Jenny Hoyt’s new boss) as a favor to his friend Sheriff Tubb,” per ABC.

Ackles joins the cast that includes Kylie Bunbury as private detective Cassie Dewell and Katheryn Winnick as her former partner, undersheriff Jenny Hoyt. In the show, they investigate local crimes and take on drug syndicates and notorious kidnappers. 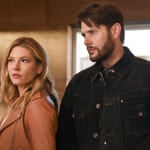 In related news, Jamie-Lynn Sigler has been upped to series regular for the upcoming season after playing Tonya in a recurring capacity in Season 2.

“Big Sky” was renewed by ABC for a third season on Friday. 20th Television in association with A+E Studios are behind the show.

Ackles’ casting news comes on the heels that the show he had executive produced a pilot for at The CW — “Supernatural” prequel “The Winchesters” — had been ordered to series. 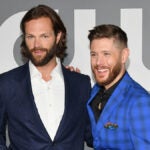