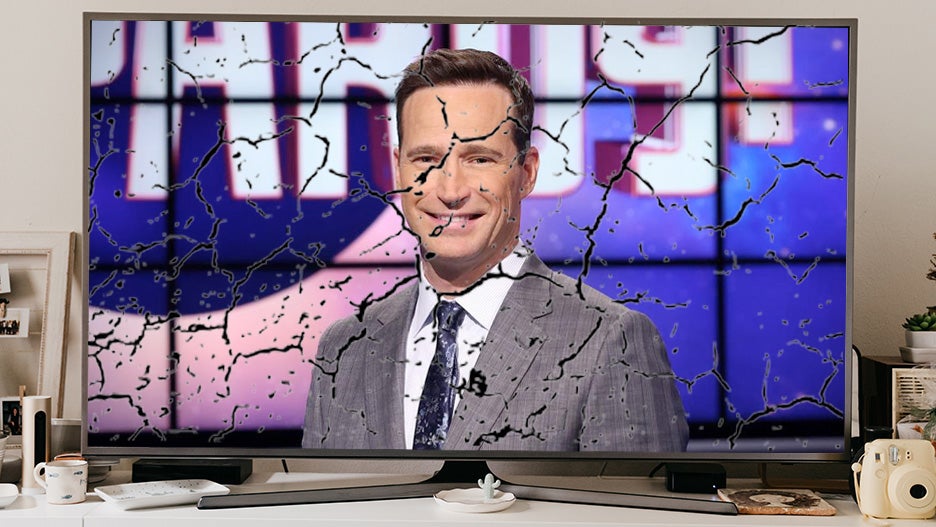 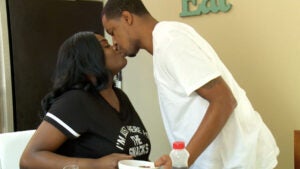 What Is a Fiasco? How Sony Botched Alex Trebek’s ‘Jeopardy!’ Succession

After months of searching, new host Mike Richards is one (day) and done

Well, that was brief. Mike Richards stepped down as “Jeopardy!” host on Friday, one day after he started taping new episodes as the new host of the long-running hit syndicated game show. (Those five batch-taped episodes will still air, a spokesperson for the Sony-produced quiz show told TheWrap.)

Richards’ one-day tenure as Alex Trebek’s successor is a case study of bad optics mixed with what appears to be a total lack of vetting. The result: a completely avoidable mess of Sony’s own doing.

Richards’ ascent was met with almost immediate derision. Many of the complaints centered on what appeared to be a conflict of interest: Richards was both a candidate for the hosting job and the show’s executive producer — which gave him at least some level of influence over the final decision. (Richards and Sony have insisted that he had no say in the process, and CNN reported the decision was ultimately made by Sony Pictures Entertainment chairman and CEO Tony Vinciquerra.)

Even if “Jeopardy!” made its decision based on data from focus groups, the end result felt like a farce to many fans, especially those who expected the gig to go to all-time “Jeopardy!” champion Ken Jennings or pushed for an outsider like LeVar Burton. Richards had only joined “Jeopardy!” last year, taking over for longtime executive producer Harry Friedman — and was only months on the job when Trebek succumbed to pancreatic cancer last November.

The choice of Richards also felt uninspiring to industry onlookers, who decried his “bland presence” during his guest-hosting stint and his relative anonymity. (After hosting shows like “Beauty and the Geek,” he lost out to Drew Carey to replace Bob Barker on “The Price Is Right” — and has worked off camera for most of the last decade.) The decision to cast another middle-aged white guy was also seen as a missed opportunity to make waves with a more diverse host.

But what ending up sinking Richards’ tenure paints a much more troubling picture for him and Sony: a history of making sexist and disparaging remarks that resulted in a pair of gender discrimination lawsuits from his time as executive producer of “The Price Is Right” — and which resurfaced just days before the official announcement of his appointment.

Then on Wednesday, The Ringer reported on the existence of “The Randumb Show,” Richards’ 2013 podcast in which he “repeatedly used offensive language and disparaged women’s bodies.” The podcast, recorded during his time as “The Price Is Right,” was co-hosted by Richards and his former assistant Beth Triffon and ran for 41 episodes.

According to The Ringer, Richards repeatedly made sexist and objectifying comments toward Triffon and other women. In one instance cited, Richards mocked Triffon for collecting unemployment benefits, asking her “Do you feel dirty?” In another, he mocked a photo of her and her friends in swimsuits, saying they “look really frumpy and overweight.” (The episodes have seen since been scrubbed from the internet.)

Tellingly, The Ringer also reported that Sony had no knowledge of the podcast until the reporter reached out for comment — which in hindsight raises a lot of questions about the studio’s vetting process. In fact, Sony’s Friday statement seemed to confirm this: “We were surprised this week to learn of Mike’s 2013/2014 podcast and the offensive language he used in the past.”

There’s no question that whoever took over for Trebek faced a big challenge as the Canadian-born host delighted viewers for decades (and inspired some of the best “SNL” impressions in that show’s history) with his smarts and ability to match wits with his equally-as-smart contestants.

So what’s next for Sony, for whom the show — along with sister hit “Wheel of Fortune” — generates a reported $125 million a year in profit from licensing fees and ad sales? 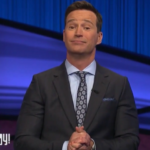 For now, “Jeopardy!” will go back to a prolonged guest-host rotation in what looks like a similar setup to what Kelly Ripa did with her daytime talk show on two separate occasions: first when Regis Philbin retired in 2011, and then again when Michael Strahan, the man who won the coveted spot next to Ripa, left for “Good Morning America” in 2017 (Ryan Seacrest was the eventual winner there).

Another avenue “Jeopardy!” could take is to promote Mayim Bialik, who was announced with Richards as the host of a new spate of primetime specials and spinoffs. But Bialik currently stars on the Fox primetime sitcom “Call Me Kat,” so her availability is a question mark. Reps for Bialik did not immediately respond to TheWrap’s request for comment on if she’d want the full-time “Jeopardy!” gig.

The show continues to perform strongly in the ratings since Trebek left the podium (his final episode aired in January). Season-to-date through Aug 8, 2021, “Jeopardy!” is tied for second place among all syndicated programming with “Judge Judy.” Both are averaging a 5.3 rating among households, two-tenths of a Nielsen ratings point behind leader “Family Feud.” (With seven days of delayed viewing, which doesn’t apply as much to daily programming but is interesting to consider, “Judy” is No. 1, “Jeopardy!” No. 2 and “Family Feud” No. 3.)

And while “Jeopardy!” is down 13% from the previous season, other daytime syndication shows have also shown audience erosion: “Family Feud” has declined 10% and “Judy” dropped 14% (and that’s counting a lot of recent reruns for “Judge Judy”).

And the audience did seem to grow for Trebek’s final episodes last winter and the intrigue for the early guest hosts who immediately followed him — first Ken Jennings and then Richards. Those two scored the highest ratings of all the guest hosts who have appeared so far — a 6.0 and a 5.9 household rating, respectively. And that includes fan favorite LeVar Burton, whose managed only a 4.4 rating last month while competing with Tokyo Olympics coverage.

For the most-recent week of available ratings, Aug. 2 to Aug. 8, 2021, “Jeopardy!” (guest-hosted by CNBC’s David Faber) averaged a 4.5 household rating. “Family Feud” was tops with 5.1 in households, “Judy” was third with a 4.3 and “Wheel of Fortune” was fourth with a 3.9. (All four shows are distributed by CBS Television.)

It’s worth pointing out here that the first week in August, like the final one in July, shows were coded different due to increased competition from the Tokyo Olympics. That means they are not included in the above season averages.