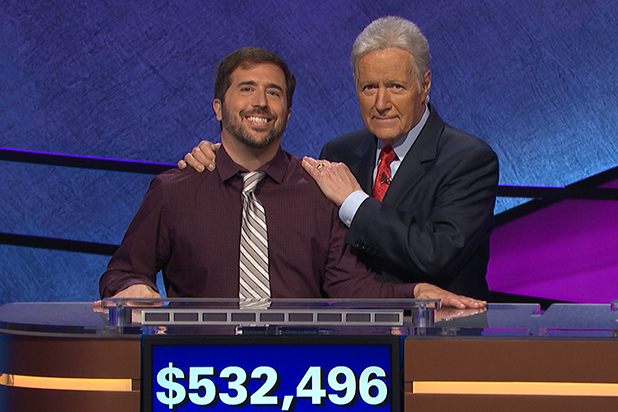 Zuffranieri won a total of $532,496 across a total of 19 wins, ranking him among the upper echelon of “Jeopardy!” champs. He currently holds the number-three spot on the list of all-time highest regular season winnings.

It’s a distant third, though, with “Jeopardy!” sensations James Holzhauer ($2,462,216 across 32 games earlier this year) and Ken Jennings ($2,520,700 across 74 games in 2004) both earning more than four times Zuffranieri during their winning streaks.

Zuffranieri is also tied for fourth place on the list of most consecutive wins with Season 22’s David Madden. Only three players have won more: Julia Collins (20 games), Holzhauer (32 games), and Jennings (74 games).

“My mentality for 25 years was that I wasn’t meant to be on the show for whatever reason: not smart enough, not camera-friendly, not interesting, whatever,” Zuffranieri said in a statement. “To finally get a chance on that stage was a dream come true, and the level of good fortune I received is truly beyond anything I ever considered could happen.”

The math teacher tried out a total of nine times before finally making it on the show for the syndicated game show’s 36th season.