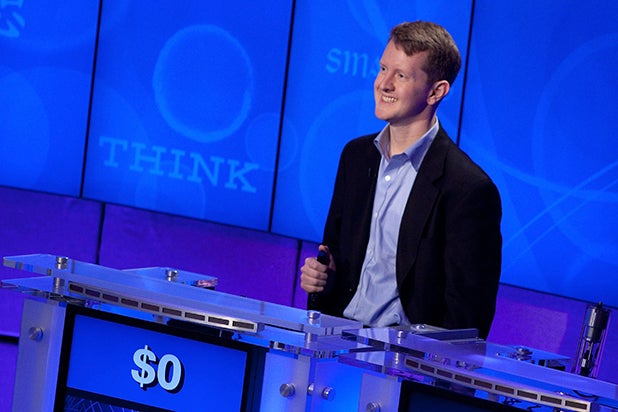 “We’re not shopping,” Richards told The Ringer. “[Trebek]’s our guy, and he’s our guy till he tells us he’s not our guy, and then we can have a different conversation. I just don’t think it’s appropriate to have that conversation until Alex comes to me and says, ‘OK. This is my plan.'”

Richards explained that Jennings’ involvement as a producer came about after the “Greatest of All Time” champion said his days as a competitor were over.

“I think that he feels like he isn’t as good as he was and he doesn’t want to keep pushing that, because he said he even had a little bit of difficulty in the GOAT episodes,” Richards said.

In his new role, Jennings will “present his own special video categories, develop projects, help with contestant outreach and serve as a general ambassador for the show,” according to producers Sony Pictures Entertainment. According to Richards, Jennings will not be a daily on-set presence.

Speculation about Jennings taking over as host comes as the show heads into its new season Monday with Trebek still undergoing treatment for pancreatic cancer and COVID-19 forcing Richards’ team to implement new health and safety protocols.

The stage has been given an upgrade to allow more space between the three contestant podiums, which will also be at a safe distance from Trebek’s lectern, and contestants will be cycled in and out throughout the day using the “Wheel of Fortune” set next door.