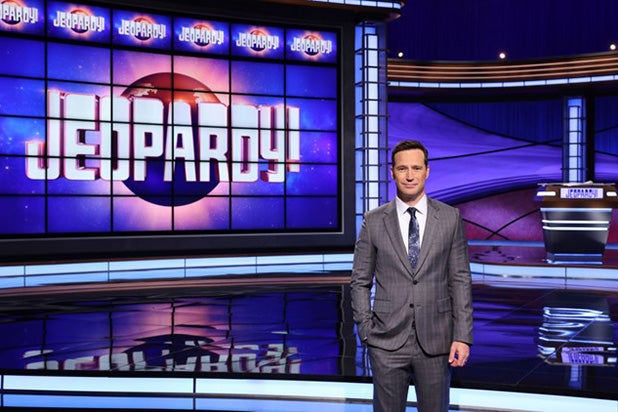 “Jeopardy!” executive producer Mike Richards’ debut as host saw a slight ratings dip from Ken Jennings’ final turn at the podium but still came in as the number one syndicated game show for the week, according to Nielsen.

Richards took over as host of “Jeopardy!” on Feb. 22, following the multi-week run of former champ Ken Jennings.

Over his first week of shows, “Jeopardy!” averaged a 5.9 rating, marking a 3% week-over-week decline, but largely consistent with how the show has performed in the weeks since Trebek’s final episodes finished airing. “Wheel of Fortune” and “Family Feud” remain right on “Jeopardy’s” heels, with a 5.8 and 5.7 rating, respectively.

“Jeopardy!” hit season highs earlier this year, when Trebek’s final episodes ran in early January. The show pulled in 6.6 rating across his farewell week, with his final episode on Jan. 8 drawing 14 million viewers, more than any episode in over a year.

Following Richards at the podium, Katie Couric is currently up as guest host with two weeks of shows starting this week. As part of her appearance a donation is being made to Stand Up To Cancer.

Future guest hosts as the show works out a permanent succession plan include Green Bay Packers quarterback Aaron Rodgers, “60 Minutes” correspondent Bill Whitaker and “Call Me Kat” star Mayim Bialik. The show will make a donation to a charity of each host’s choosing in an amount equal to the contestants’ cumulative winnings during their respective week of episodes.