Jeremy Clarkson will remain the host of ITV’s “Who Wants to Be a Million?” in the U.K. despite backlash from an op-ed in The Sun that members of Parliament condemned as “violent misogynistic language” against Meghan Markle, according to Kevin Lygo, ITV’s managing director of media and entertainment.

“What he writes in a newspaper column is really more for you to talk about because we have no control over what he says,” Lygo said to the Broadcasting Press Guild in London. “We hire him as a consummate broadcaster of the most famous quiz show on television. So it’s not quite in our wheelhouse.”

Lygo also called his remarks “awful” and noted that Clarkson has “acknowledged that,” but “should apologize.”

“I don’t know what he was thinking when he wrote that,” Lygo said.

The news of Clarkson remaining on air comes a day after the host said he was “horrified” by the response to his column, in which he said he hates Meghan Markle “on a cellular level” and fantasized that she would be marched through the streets and shamed like Cersei Lannister in “Game of Thrones.” 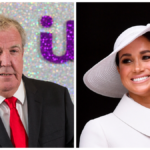 Also Read:
Jeremy Clarkson ‘Horrified’ After Backlash Over Meghan Markle Column: ‘I’ve Rather Put My Foot in It’

“Oh dear. I’ve rather put my foot in it,” Clarkson tweeted. “In a column I wrote about Meghan, I made a clumsy reference to a scene in Game of Thrones and this has gone down badly with a great many people. I’m horrified to have caused so much hurt and I shall be more careful in future.”

In his Saturday column, Clarkson said of Markle: “I hate her. Not like I hate [Scottish National Party leader] Nicola Sturgeon or [British serial killer] Rose West. I hate her on a cellular level.” He continued on to write that he dreamt of the day when crowds throw lumps of excrement” at the Duchess of Sussex, referencing a “Game of Thrones” scene involving a naked Cersei Lannister being paraded through the streets.

Following the column’s publication, former Conservative minister Caroline Nokes, along with 60 members Parliament, wrote a letter to The Sun’s editor, Victoria Newton, urging the publication to retract the op-ed, apologize to Markle and take action against Clarkson.

“We are horrified at the recent article by Jeremy Clarkson in your publication. As parliamentarians of every persuasion, we condemn in the strongest terms the violent misogynistic language against the Duchess of Sussex, Meghan Markle,” the letter said. “Hateful articles like the one written by Mr Clarkson do not exist in a vacuum, and directly contribute to this unacceptable climate of hatred and violence.” 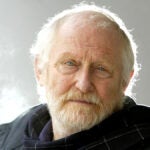