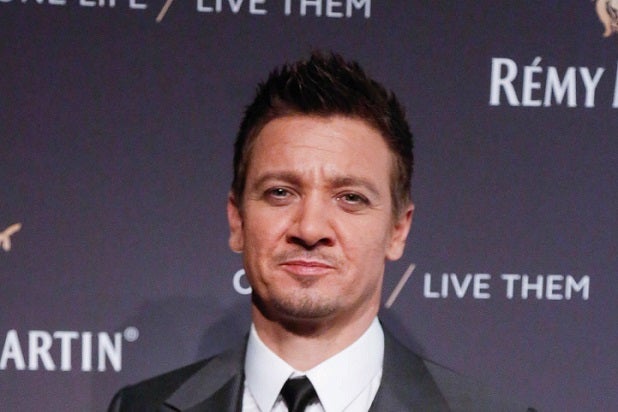 Jeremy Renner, the two-time Oscar nominee who might be best known for playing Hawkeye in the Marvel Studio “Avengers” films, has fractured his right elbow and his left wrist while performing a stunt on the set of the New Line comedy “Tag.”

Renner revealed his injuries during a press conference for the Taylor Sheridan drama “Wind River” at the Karlovy Vary Film Festival on Friday. Initial reports suggested that the actor had suffered the mishap while shooting “Avengers: Infinity War,” but Renner told TheWrap on Saturday that he has not yet begun to shoot his part in that film.

Instead, the accident took place on the set of “Tag,” in which he stars with Ed Helms and Hannibal Buress.

“That’s how it goes,” said Renner at the Karlovy Vary press conference. “It’s part of the job.”

It’s unclear how Renner’s injury will affect his role in the next “Avengers” movie. The film is expected to complete production this month before the actors are due back to begin work on “Avengers 4” but the actor assured he will do whatever it takes to get the job done.

“I’m sort of a problem solver, you know. There will be an effect to it, but it won’t stop me from doing things that I need to be doing. I’ll heal fast. I’m doing everything I can to heal faster.”

“Tag,” he added, “Isn’t really requiring a ton of stunts. It’s not an action movie; it’s a comedy. It just happens to have a few stunts in it.”

“I don’t have to beat a whole lot of people up or do anything crazy. So it won’t really affect my job … It affects how I get dressed in the morning. I can’t tie my shoes, but outside of that and everything else, I can kind of get by.”

UPDATE: The original version of this story quoted media reports that said Renner’s injuries had taken place on the set of “Avengers: Infinity War.” It did not.

13 Best-Reviewed Superhero Movies, From 'Wonder Woman' to 'The Avengers' (Photos)