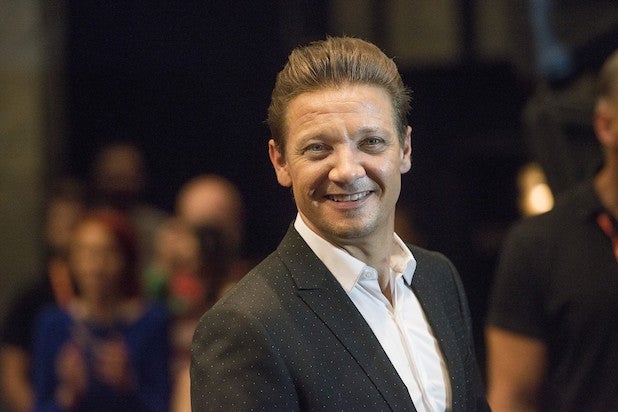 This is not the kind of malicious media conspiracy that Donald Trump likes to talk about, but it is, in a sense, fake news: Contrary to Friday’s media reports, Jeremy Renner did not break both arms while shooting a stunt in the upcoming superhero movie “Avengers: Infinity War.”

Yes, Renner did appear at the Karlovy Vary International Film Festival on Friday with both of his arms in splints, and at a press conference he explained that he fractured his right elbow and left wrist performing a stunt on his latest film shoot.

Some reporters assumed that he was talking about “Avengers,” in which Renner plays Hawkeye. One problem: Renner hasn’t even begun shooting that part.

Instead, the injury happened on the set of “Tag,” a New Line comedy co-starring Ed Helms and Hannibal Buress, currently shooting in Atlanta.

But the news of an “Avengers” accident was re-reported on a number of different sites, including TheWrap, until it had spread across Twitter and the world, all the way back to a certain actor in a spa town in the Czech Republic.

“I got a lot of phone calls about that,” Renner told TheWrap with a weary sigh on Saturday.

Even though the initial story was quickly corrected, the damage was done. Search Jeremy Renner on Twitter and you’ll find countless articles locating the accident on a set where he’s yet to set foot.

“It’s frustrating,” said Renner in a conversation that dealt less with the one accident and more with the perils of being a public figure in this age of a Twitter version of the old broken-telephone game.

“These things that get misconstrued in the media. It’s really the most awful, strange things. These are things that can be damaging to an artist or a career. If you’re a respected actor, all of a sudden this is being said, and you’re like, ‘What?’ And that becomes the biggest news. Really, that’s news?”

Just look at Andrew Garfield, who might have made some poorly phrased comments about his preparations to play in “Angels in America,” but most certainly did not pseudo- come-out-of-the-closet, as some outlets were reporting.

So what does Renner do to avoid such frustrations?

“I try to be conscious about certain things, but I’m always going to be me,” he said. “Whether I’m talking to a homeless man or my daughter or to a journalist or the president, I’m not going to change for anybody. I’ll be unapologetically myself — just a little conscious, a little more aware.”

He was certainly unapologetically himself on stage at the festival’s closing ceremony. Though the actor was on hand to present the festival’s Grand Prix as the final prize of the evening, he was called onstage far earlier than expected when his film “Wind River” won the Audience Award. He thanked the audience and festival on behalf of director Taylor Sheridan and the “Wind River” team, but he kept his remarks markedly brief.

“I’m sorry,” he said as he ended his acceptance speech. “I have to go pee. Does anyone know where the bathroom is?”