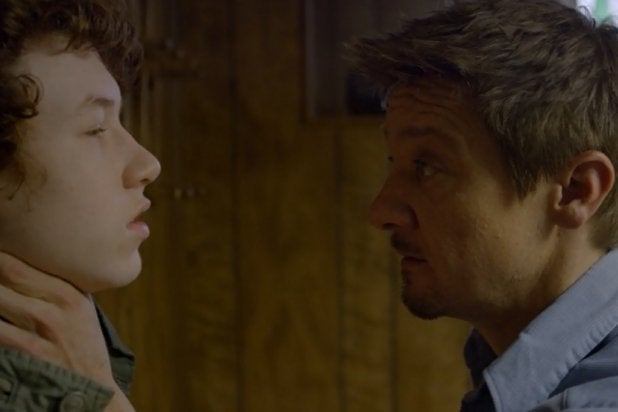 Jeremy Renner guest-starred in the latest back-to-back installments of “Louie,” which proved far less provocative than the comedian’s recent episodes. In fact, Louie himself barely appeared in the flashback-heavy hour that looked back at his marijuana-hazed youth.

Last week’s “Pamela, Part 1” got a lot of attention for what may or may not have been an attempted rape scene. While there are two more installments coming in that story, that will wrap up this fourth season, Louis C.K. is making viewers wait an extra week to see them.

Instead, we got the two-part “Into the Woods,” which began with Louie catching his 12-year-old daughter smoking a joint. What followed was an extensive look back at Louie’s own wayward youth, featuring the third actor to play Louis this season. This time, it’s a pre-high school Louie, looking to score weed. And that’s where Renner came in.

Louie went so far as to steal scales from his science class. Ultimately, thanks to a school principal who didn’t care, he got away with it … officially. But not before he tried to convince Renner to give him the scales back. This is where he got a real life lesson about consequences and the dangers of mixing it up in the criminal world. Renner didn’t do anything to him, but he certainly put the fear into him.

Still, even after realizing he was going to get away with it, he chose to rat himself out to the science teacher, who’d grown to care for him a great deal. And in the present, he decided that he couldn’t yell at his daughter. Instead, he simply told her he was there for her.

It was a departure in a lot of ways from the previous installments. Specifically in how real and grounded it felt. There was very little humor in the hour, and certainly nothing ridiculous like the newscasts during the hurricane that destroyed Brooklyn during “The Elevator” six-parter.

It was as if Louis C.K. wanted to take a moment to talk about something serious in parents’ lives. How do you properly discipline your kids for doing all of the things that you did? How can you get through to them when your parents failed to get through to you? In the end, neither Louis nor C.K. seemed to have any answers at all. Sometimes, all you can do is be there.