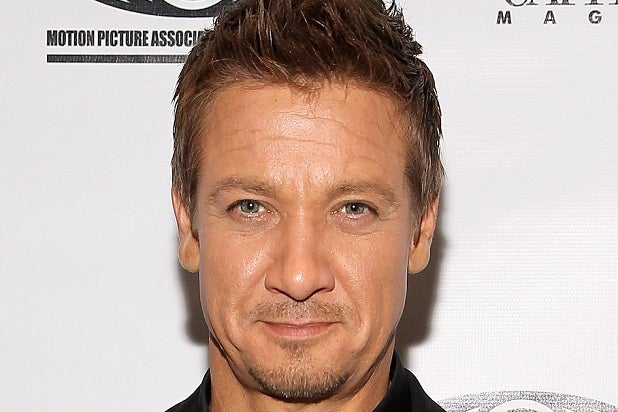 Jeremy Renner has taken to Playboy, that bastion of heterosexuality, to declare that he doesn’t care if you think he’s gay.

In a new interview with Playboy’s Stephen Rebello, “The Hurt Locker” star Renner addresses questions about hi sexuality, declaring, “Fucking say whatever the hell you want about me.”

“I don’t care, ultimately, if that’s what people want to think, read and care about. Fucking say whatever the hell you want about me. Look at where we’re at socially — leaps and bounds ahead of where we started,” Renner told the magazine.

See video: Jeremy Renner Doubles Down on Black Widow 'Slut' Joke: 'If You Slept With Four of the Six Avengers ... You'd Be a Slut'

Renner did, however, take exception to the implication that being gay is, in and of itself, a negative quality. “That’s an amazing thing. To suggest that it’s negative, that being gay is a terrible thing, a perversion or whatever — I just don’t get it. Don’t you wish we were in a world where we’re not shaming, judging and boxing people in?”

Renner opined that the latest “M:I” movie was much like its predecessor in that it’s heavy on action, not so much on story, it was by far the “best scenario” for the actor.

“This Mission was like all the Missions  great action set pieces with an idea of a story somewhere in there. There have been four successful versions before this one, so why would I fight the process? I just went and gave to the best of my ability in the scenario I was in,” Renner assessed. “Now, was it the best scenario for me? The best at what I’m good at? Fuck, no. Not having any information about what the heck is going on doesn’t empower any artists to be at the best of their ability. I trusted Tom Cruise, [director] Chris McQuarrie and the studio, and I went with it.”