Jerome Young, a wrestler with Extreme Championship Wrestling known by his ring name New Jack, has died. He was 58.

His wife Jennifer told the website PWInsider that Young died of a heart attack on Friday afternoon in North Carolina. The WWE also confirmed the news of Young’s passing.

New Jack was active in wrestling throughout the ’90s and was best known for his time with the ECW. He was notorious for his extreme and quite often risky and controversial wrestling style. His tactics involved dangerous bumps or “shooting,” in which he would do unplanned or unscripted wrestling moves, which was all part of the ECW’s bloodier and more intensely violent performances. 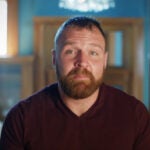 Also Read:
‘Dark Side of the Ring’ Season 3 and Spinoff ‘Dark Side of Football’ Get Vice Premiere Dates, Trailers (Video)

New Jack was also involved in the ECW’s “Mass Transit Incident,” in which Young “bladed” another wrestler, but did so too deeply, severing two of the wrestler’s arteries and causing him to bleed profusely. Years after Young was tried on charges of assault and battery but was acquitted because the other wrestler had requested that New Jack blade him during the match.

New Jack was a member of the wrestling tag team The Gangstas along with wrestler Mustafa Saed and Eliminator John Kronus. Upon their debut in the ECW in 1995, they formed an instant rivalry with another group called Public Enemy and earned antihero acclaim for using weapons like stapler guns, trash can lids and more during their matches.

Young would also famously walk out to the Ice Cube and Dr. Dre song “Natural Born Killaz” during his matches, and he left an imprint on wrestling and pop culture in other ways, including getting a shout out in the Weezer song “El Scorcho.”