Golden Globes host Jerrod Carmichael, who didn’t shy away from calling out the Hollywood Foreign Press Association on Tuesday night’s ceremony or taking shots at Scientology, is getting flak for his mention of the late Whitney Houston.

After coming back from a commercial break, Carmichael stated he’d been asked to give a “shoutout” to the venue hosting the event and did so with this eyebrow-raising name drop: “So, we are here, live, from the hotel that killed Whitney Houston, the Beverly Hilton.” Whitney was found dead in her room at the hotel in 2012. 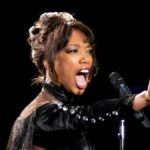 Also Read:
‘I Wanna Dance With Somebody’ Star Naomi Ackie Reveals the Key to Her Whitney Houston Performance

Pat Houston, sister-in-law to and manager of the late singer, also manages her estate and told TMZ via a rep on Wednesday, “The Whitney Houston Estate is disappointed in the joke, and felt it was in poor taste.”

Several viewers agreed with Pat Houston, including one who tweeted that the joke was “grotesque and vulgar” as well as “disgusting.””

However, a few people thought Carmichael was zinging the HFPA or the hotel itself for being asked to hype the venue that traditionally hosts the show.

“Y’all are dragging Jerrod Carmichael, but i don’t think the Whitney Houston line was a ‘joke,'” @cheyennebeam_ wrote. “I think he was actually calling out the GG & HFPA for not only celebrating & hosting the ceremony at the BHH but requesting that he actually name drop the hotel during his monologue.” 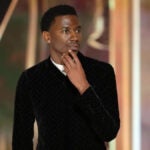 Another viewer agreed that Carmichael meant no disrespect to Whitney herself.

“It’s always interesting to see what people take offense with. Jerrod Carmichael’s Whitney joke was not a jab at Whitney. It was at The Beverly Hilton. There’s A LOT of suspected foul play in what happened but y’all be so eager to put black men against black women,” tweeted @devinjaielle.

She added, “The man got before the world and called it out and folks turning it into a ‘black woman being disrespected moment’ I say this as a proud, confident black woman… y’all do the ABSOLUTE most for the wrong things.” 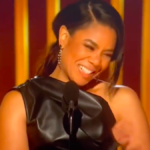