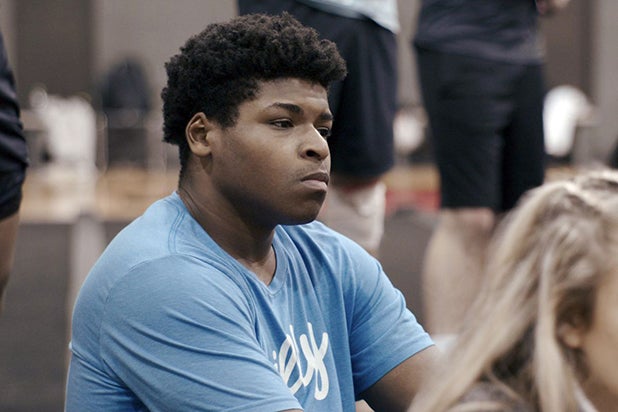 A federal judge has denied “Cheer” star Jeremiah “Jerry” Harris’ request for bond, ruling that his release would pose a “significant danger to the community” and that Harris must remain in custody pending trial.

Harris was charged last month with one count of sexual exploitation of a minor. Prosecutors argued that his release would pose a threat to other children, citing what they described as a pattern of targeting young boys online.

U.S. District Judge Heather McShain agreed with that assessment at Friday’s hearing, saying that it would be “virtually impossible” to prevent Harris from further targeting other children because the so-called “cheer moms” who volunteered to monitor him are of “the very community from which the defendant chose his victims.”

Authorities say Harris has admitted to targeting “at least 10 minor boys” and in one case, sexually assaulting a 15-year-old in a bathroom at a public cheerleading event. Harris’ lawyer did not respond to TheWrap’s request for comment.

“We are extremely pleased with a judge’s ruling today and extremely pleased that she demonstrated real knowledge of the issue of sexual abuse and sexual trauma,” attorney Sarah Klein, who is representing two of Harris’ alleged victims in a separate civil suit, said. “I think our clients are feeling extremely relieved that he cannot harm another child while awaiting trial. And I think this sends a big message to all survivors of sexual abuse — especially children — that you will be taken seriously.”

In an interview with TheWrap, Klein drew a parallel between Harris’ involvement in the cheerleading community and the crimes of Larry Nassar, the former team doctor for USA Gymnastics who is currently serving what amounts to multiple life sentences in prison for sexually abusing hundreds of minors within the world of gymnastics.

“What we saw in that ‘Cheer’ docuseries, in the very last episode, is that this is a $1.9 billion industry essentially controlled by one entity, which is Varsity [Spirit],” Klein said. “And wherever you have one entity making billions of dollars off of children, you’re gonna have a problem. There’s no system of checks and balances. The same goes with [the U.S. All Star Federation]. No system of checks and balances, and probably a lot, a lot, a lot of knowledge of sexual wrongdoing by adults, where the head was turned because of financial gain and brand.”

Both companies are named as co-defendants in the civil suit against Harris.

Describing the “dysfunctional culture” of the cheerleading community, Klein said, “There are still huge numbers of people rallying around the predator … For somebody to admit that someone that they know and love and trust is actually a predator, it blows up their own paradigm. It’s difficult for people to swallow.”

Prosecutors have argued that Harris “exhibits all the signs of a serial child predator,” using “guilt, threats and money” as well as his rising national profile from the Netflix docuseries to manipulate and exploit his victims.

He currently faces between 15 and 30 years in prison if convicted on the sexual exploitation charge, but Klein said she expects to see more charges brought as the case progresses, as well as a deeper reckoning throughout the cheer community.

“I feel very firmly that there is a much bigger issue than just Mr. Harris,” she said. “This is equivalent to what we saw happen in gymnastics, which is outing an entire industry and an entire sport for sexualizing children, for giving unfettered access to children by adults, allowing children to travel with adults with no supervision. With all of the things we saw in gymnastics, it’s eerily similar.”