He’d probably prefer to be tagged for one of the films he wrote, directed, produced and starred in, but “The King of Comedy” is as good a sobriquet for Jerry Lewis as any. And while his brilliant performance in Martin Scorsese‘s acrid 1982 movie about fandom and obsession allowed Lewis to show a darker side of his personality, part of what made his turn as a Johnny Carson-esque talk-show host so brilliant was that it was coming from a performer we had often known to play characters who were adorably clumsy and sweetly innocent.

As film critic Danny Peary once noted, it’s all there in the titles: “The Patsy.” “The Bellboy.” “The Errand Boy.” Lewis, who died Sunday at age 91, achieved movie stardom (first with Dean Martin and later on his own) playing characters who brought chaos with them wherever they went while never meaning to cause any trouble.

Even when Lewis created the smarmy Buddy Love in his comic masterpiece, 1963’s “The Nutty Professor,” Buddy was the yin to Dr. Julius Kelp’s yang; Kelp, true to form, was a bespectacled yutz who nonetheless managed to win the heart of Stella Stevens in the final reel.

Born in 1926, Lewis had a show-business trajectory not unlike many of his peers: he started in vaudeville before moving onto radio, movies and TV. But while his work has been often caricatured to modern audiences as a guy screeching, “LAYDEE!” the French were actually right; Lewis was a genius. 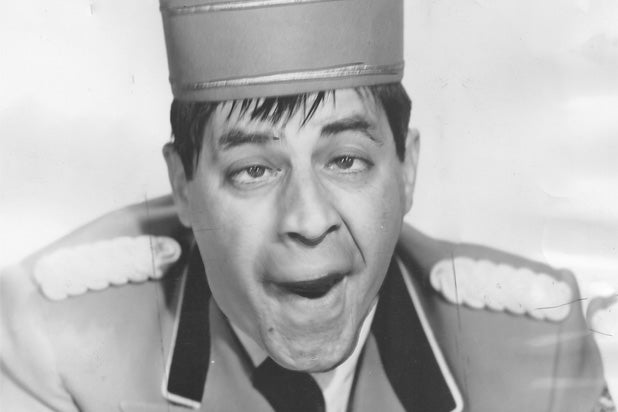 To watch his early films like “The Bellboy” and “The Errand Boy” — his first and third directorial efforts — is to see the next iteration of comedy greats like Chaplin, Keaton and Lloyd. For the French, Lewis was a peer of the similarly silent-film-influenced Jacques Tati, and you could create some brilliantly hilarious double bills with the two auteurs’ work.

Throughout his career, Lewis created one innovation after another: there was the elaborate “dollhouse” set that allowed the entire interior of a many-roomed house to be shown all at the same time for his second film as a director, “The Ladies Man,” and the now-common “video village” he developed while shooting “The Bellboy” which allowed Lewis to watch his own performance instantaneously rather than having to wait for the dailies.

As Lewis grew too old to play his wide-eyed naïfs, the films admittedly suffered — later comedies like “Three on a Couch” and “Way…Way Out” don’t have quite the same charm as his previous efforts. (Although I’ve always had a soft spot for the somewhat stage-bound farce “Boeing Boeing,” co-starring Tony Curtis.)

But even those films had some standout moments; his final U.S. theatrical release as a director, “Cracking Up,” was much-maligned, but this bit with Zane Buzby as a waitress always makes me laugh. 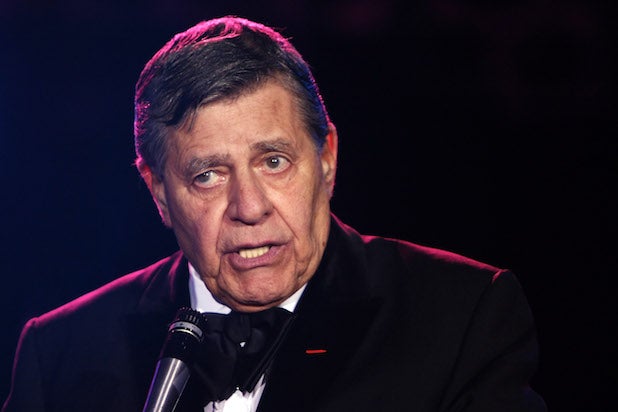 But Lewis always dreamed big, whether he was attempting to revitalize the moviegoing experience (National Cinema’s “Jerry Lewis Theaters,” eventually a financial bust, was an innovator of the multiplex, which featured more, smaller theaters under one roof) or TV (the first “The Jerry Lewis Show” on ABC was an ambitious attempt to switch up the variety genre, although it too failed).

Lewis also became legendary for his philanthropic efforts, particularly the annual Jerry Lewis Telethon, which raised money for the Muscular Dystrophy Association. The telethons themselves were star-packed and often smarmy affairs, but for a generation of fans, they were a unique brand of kitschy TV. (They also raised millions of dollars every year for a good cause.)

Almost no one lives to be 91 without a little controversy, and Lewis certainly had his share of beefs over the years, whether it was feuds with Dean Martin or Frank Sinatra (leading to Lewis’ expulsion from the Rat Pack), or his comments about refugees or about women in comedy, or even his parting of ways with the MDA.

And then of course there’s his never-released “The Day the Clown Cried,” a movie tied up in legal knots and one that Lewis himself disavowed and never wanted released. The idea of a Jerry Lewis comedy about the Holocaust appalled nay-sayers for years, but if Roberto Benigni could win two Oscars for “Life Is Beautiful,” this might just be another example of Lewis being ahead of the curve. We may never know.

Ultimately, it’s the art that matters, and Lewis leaves behind an extraordinary array of film work on both sides of the camera that makes him one of the immortals.

Jerry Lewis was one of a kind -- a comedian, a thespian, a humanitarian. Here's a look back at some of his most memorable moments on film.