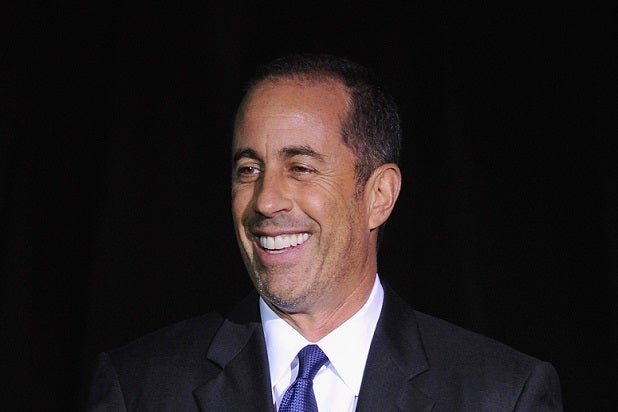 The autism spectrum officially does not extend to Jerry Seinfeld.

Backing away from comments he recently made on “NBC Nightly News With Brian Williams,” the “Comedians in Cars Getting Coffee” funnyman told “Access Hollywood” that he is not, contrary to his previous insinuations, on the autism spectrum.

“I don’t have autism, I’m not on the spectrum,” Seinfeld told Billy Bush on Wednesday. “I just was watching a play about it and … I related to it on some level … that’s all I was saying.”

Seinfeld’s about face comes after he told Williams on Nov. 3 that he felt he believes he falls along the spectrum for the disorder.

“I think in a very drawn-out scale, I think I’m on the spectrum,” Seinfeld told Williams, adding that he believes he has an “alternate mindset.”

“You’re never paying attention to the right things. Basic social engagement is really a struggle. I’m very literal. When people talk to me and they use expressions, sometimes I don’t know what they’re saying,” Seinfeld said during the interview. “I don’t see it as dysfunctional, I just think of it as an alternate mindset.”

See photos: 25 of 'Seinfeld's' Most Sponge-Worthy Guest Stars in Celebration of 25th Anniversary

The comedian, who’s done charity work for autism causes, was lauded by the autism community after he made the statement on “NBC Nightly News.”

“Jerry Seinfeld has been a champion of the autism community and Autism Speaks for years. The autism spectrum is very broad, representing a diverse community of individuals with a range of talents as well as challenges,” the organization Autism Speaks said in a statement to TheWrap at the time. “There are many people on the spectrum who can relate to Jerry’s heartfelt comments about his own experiences.”