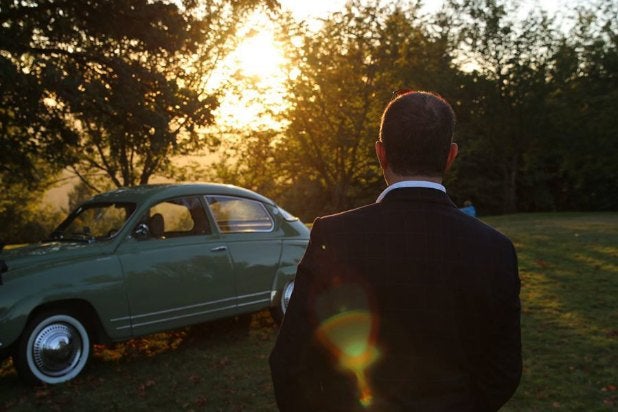 The city of Portland, Ore. will forever remind Jerry Seinfeld of his smash-hit NBC sitcom. Why? That’s where the comedian was when he got the news that his pilot “Seinfeld” was being picked up to series.

Seinfeld was shooting a new episode of “Comedians in Cars Getting Coffee” in Portland this week, and shared with the show’s Facebook followers that being back in the Pacific Northwest triggered a flashback.

“25 years ago this month, in the Fall of 1989, when I was visiting Portland, not far from where I was shooting, I got a call from George Shapiro telling me that NBC was picking up the ‘Seinfeld’ pilot after having previously passed on it,” Seinfeld wrote.

“Seinfeld,” originally titled “The Seinfeld Chronicles,” went on to run for nine seasons and continues to thrive in syndication.

Also read: TV Sophomore Sizzle: 8 Shows That Got Hot in Their Second Seasons

As TheWrap previously reported, the fifth season of “Comedians in Cars Getting Coffee” is set to premiere Nov. 5 on Crackle and at ComediansInCarsGettingCoffee.com